It’s 10:30 a.m. on Wednesday, October 28, 2018. A massive car bomb just exploded outside of the U.S. embassy in the fictional area of Eastern Sahel, Africa. Minutes later, another bomb goes off near a residential area, killing 224 people, including 12 Americans. You are in the National Security Council (NSC) and have only minutes to devise a strategic plan of action that could save – or cost – hundreds more lives.

What do you do? 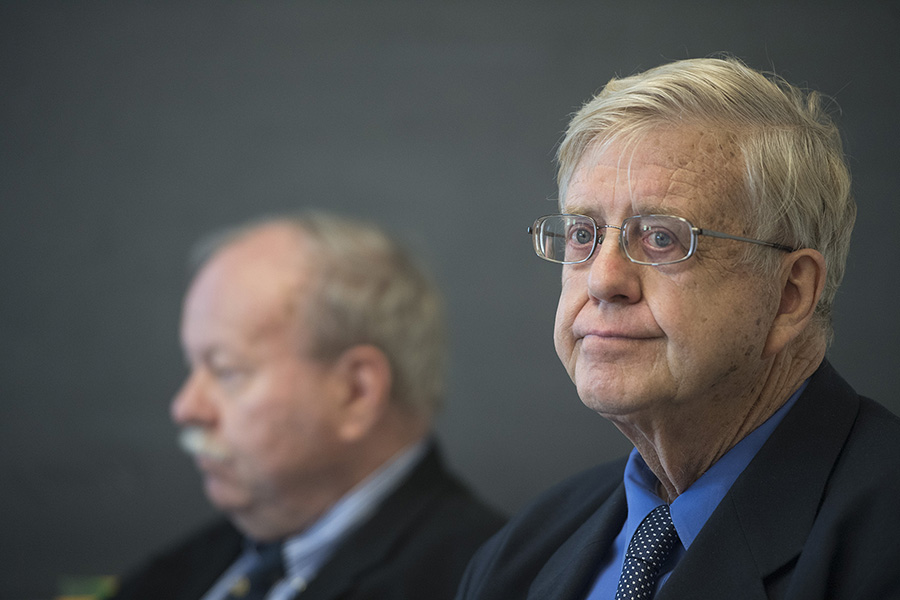 A team of students in Professor Angus Kress Gillespie’s course titled “The Contemporary American: The Global War on Terrorism” at Rutgers University–New Brunswick recently participated in a mock NSC session to see what it’s like to make these decisions. The course, in the Department of American Studies in the School of Arts and Sciences, gives students the opportunity to have an integral role as the President of the United States, vice president, secretary general or secretary of defense among other vital positions in the NSC.

Gillespie was inspired to create the course after 9/11. He designed the exercise in collaboration with the recruiting and enrollment officer for Rutgers Army ROTC Program. The scenario is intended to give students the experience of crafting the White House response to a national emergency.

The goal Gillespie said is to “break things up” and give students perspective on how difficult choices can be. “There’s a danger in relying on just lectures, especially when it comes to topics like war,” Gillespie said.  “It breeds apathy and indifference, but by bringing in war games it suddenly becomes participatory and students have their own responsibilities.”

Students are given three options to solve the emergency scenario. They can use an unmanned aerial vehicle, launch a submarine missile or execute a helicopter raid. Gillespie also brought in an interagency counterterrorism panel of experts, which includes Capt. Lawrence Brennan, U.S. Navy (retired), special agents from the FBI and maritime experts to help students navigate the complexities of each strategy and the real costs involved.

“We read about history and we think what happened is inevitable, but this shows them it wasn’t. They can access the failures of the past and assess how things really should be done,” said Capt. Lawrence Brennan, U.S. Navy (retired). 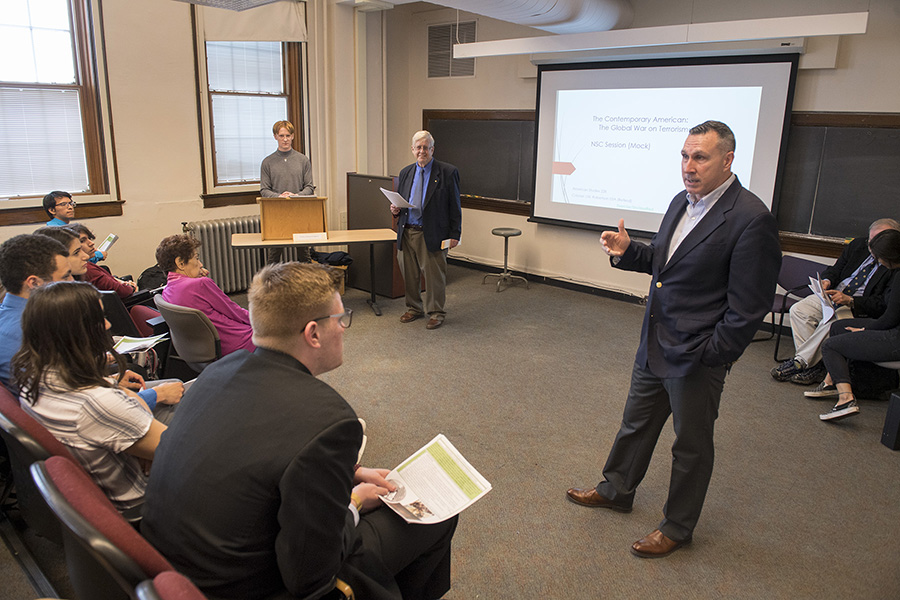 “The acronym D.I.M.E. is often used regarding possible strategies following a terrorist attack. D is for diplomacy. I is for information. M is for military. E is for economics. Anyone who has ever been in the military will tell you that M should be last resort, because it’s the option that will cost people their lives,” Gillespie said. “Students need to understand that military action is a costly solution to a delicate issue and how other plans should be strongly considered first.”

Brennan said the course helps students understand the decision-making complexities in a terrorist attack and to develop pertinent life skills. Many of Gillespie’s students graduate and take jobs in the State Department and the FBI.

“It forces them to do something that’s challenging and uncomfortable. It helps them develop teamwork and public speaking skills, and it shows them how to work with someone who is different, and arguably better, in making decisions instead of being impulsive,” Brennan said, who teaches at Fordham Law School.  “We read about history and we think what happened is inevitable, but this shows them it wasn’t. They can access the failures of the past and assess how things really should be done.”