See all changes to COVID-19 protocols 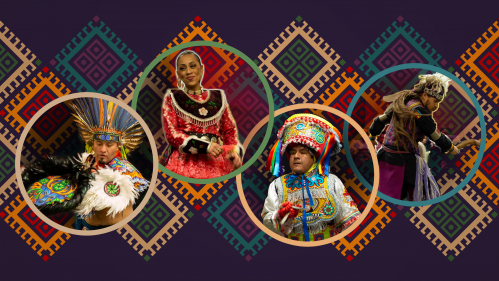 In honor of Native American Heritage Month, members of the RU Indigenous student organization at Rutgers University-New Brunswick shared brief essays about their history, traditions and culture and their desire to be recognized. Camilla Townsend, Distinguished Professor of History who researches indigenous history and language, also shares her thoughts on the importance of native studies and its future at the university.

As a small minority, native voices and experiences are often not in the public eye. Population size has been the biggest barrier to native students on the Rutgers campus. There have been multiple iterations of the Native American cultural association (currently RU Indigenous Turtle Island Club), but because of lack of awareness and consistency the organization has gone through many periods of inactivity. Since the founding of the organization there has always been the goal of creating a space for native students on campus and to bring awareness to the native presence at Rutgers. Native Americans have been here and are still here.

It is my personal hope that all native students at Rutgers can participate or somehow be involved with our organization. RU Indigenous holds our general meetings every other week, and on weeks where we don't have a general meeting, we have a media night. Our general meetings consist of group discussions and presentations on current or historical events relating to native peoples. Our media nights consist of watching native movies or TV shows and creating a space for native students to feel seen and heard. RU Indigenous is also constantly creating events for the whole Rutgers community that allow non-native students to experience and participate in Native American culture in a way that is respectful and educational. 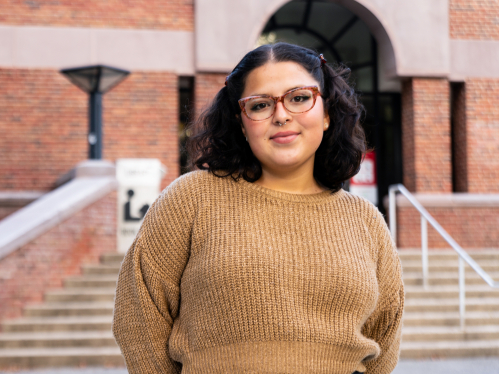 Class of 2023
School of Arts and Sciences
Rutgers-New Brunswick

Growing up, I was always curious about my ancestry. My parents come from Oaxaca, Mexico, a state that has one of the highest percentages of indigenous people in the country. However, what I learned growing up was that to have indigenous features was looked down upon in Mexico. I recall many instances in which words were thrown around, insulting words. You would hear things like “Cara de indio,” face of an Indian. It was like a taboo to be an indigenous Mexican and it was better to deny it in face of the prejudice. My father has never been shy about expressing his thoughts about our ancestry. I remember as a kid, hearing his tales about the Mexica, the great warriors who fought bravely against colonizers. He told me to be proud of our roots because we came from a long line of beautiful and amazing people with an amazing culture. However, he himself did not really know where to pinpoint our ancestry.

Early in college, I started to really get into the exploration of my family history and wanted to know more about my indigenous roots. Through several DNA tests and research, I was able to find out that I am of Zapotec ancestry, an indigenous population in Oaxaca. It was a joyous moment because for the first time in my life, I sort of felt complete. I remember telling my dad the news when I got home and the smile on his face was so radiating. He told me that he had always suspected his maternal grandpa of being Zapotec, but his grandpa never shared anything about his past. He had left his village and started a new life in my father’s village. I can only wonder what he must have gone through to want to begin a new life in an unknown place and not pass down his knowledge.

That is why for Native American Heritage Month I want to honor the memory of my great grandfather and the Zapotec people by expanding my knowledge in a respectful manner. I want to gain back what was lost by my great-granddad many years ago and help our family heal and learn to appreciate our history as well as pass it down for future generations. 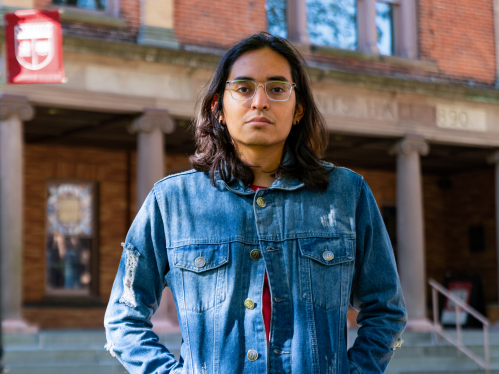 I am a registered member of the Osage Nation (Oklahoma) through my mother, who was born and raised in Massachusetts. I have always had a strong connection to my maternal family and one of my strongest memories is of my grandmother sharing with us stories of our Osage ancestors. Sadly, these stories also included the Osage murders, which will be told in the new Martin Scorsese film Killers of the Flower Moon, starring Leonardo DiCaprio and Robert De Niro and which is based on an excellent book by David Grann.

Growing up as Native American had its challenges, and I am embarrassed to admit that as a child I was not always proud of my heritage. I grew up in a community rife with negative Native American stereotypes and prejudices, and I sometimes feared being ostracized by my peers. I was subject to hurtful nicknames and taunts from my peers, and at times I responded by hiding or marginalizing my Native Americanness.  It was not until college that I reconnected with my Osage heritage, which is now a very large part of my identity and empowers me with a sense of pride and past. My research, which was inspired partially by personal experience, grapples with issues of cultural heritage. This research has, in turn, tethered me more firmly to my cultural identity as Native American.

I plan to spend this month educating my children about their Native American heritage, especially our annual I’n-Lon-Schka dance festival. I have loved my time at Rutgers and enjoy being part of such a wonderfully diverse student body.  Different cultures on campus should guide us as to the types of questions we ask and the choice of materials we study.  This month I will press for positive change at Rutgers, a land-grant university, because to my knowledge there has not been any meaningful financial support, commitment and community engagement with Native Americans. 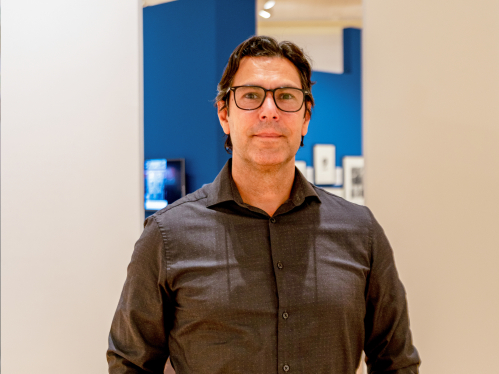 Rutgers students who take a Native American history course with me often come into the room thinking that they already know the history of their country, right down to the fact that a great injustice was perpetrated against indigenous people. But when we begin to study together, they realize that they didn’t know as much as they thought they did: they have never read the words of the native people who lived here before contact, have never seen accounts of conquest offered by the people who suffered it, have never even heard about the early efforts of native people to use the new legal systems to defend themselves. It is important that we look everywhere we can for accounts left to us by Native Americans, whether in indigenous languages or in English in out-of-the-way places, for only in reading the accounts of the people themselves do we get a full sense of both the complexity of American Indian experience and the brilliance of the strategies that they employed in the face of crisis. Only then do we grasp how much we ourselves have tended to assume about native peoples, or to project onto them.

For example, the Lenape people who wished to retain their tribal government, as well as their language and cultural identity, were pushed out of New Jersey before the time of the American Revolution. They went further west so they could maintain their full tribal identity. It never seemed far enough for the white settlers, however. Eventually, most of the Lenape settled in Indian Territory, which later became the state of Oklahoma. They are there still, known today as the Delaware. In the early 1900s, an anthropologist named Mark Harrington who had lived in New Jersey went out to visit them. Some Lenape elders dictated stories to him, and they had their children write down other pieces on their behalf. Reading these stories today, it is striking how much of their culture they had managed to preserve during more than a century of removals. Yet most citizens of New Jersey imagine that ancient Lenape thinking and philosophy is lost to us: when we get to know the Delaware people better, we find out how much they have to teach us.

Several faculty at Rutgers are working hard to encourage the hiring of more faculty who specialize in indigenous issues – including not only history, but also environmental movements, legal issues, art and literature. Rutgers has long been at the cutting edge of studies of race and politics. Doing a better job of incorporating all Americans – including the very first ones – into such studies can only make us even more successful as a university. The administration seems to feel that the time is coming to bring indigenous studies into the mainstream of studies of race. We have every reason to be optimistic. 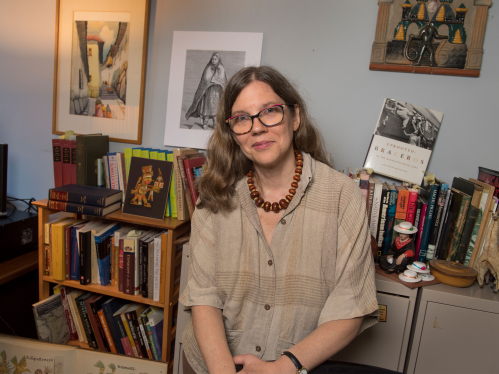