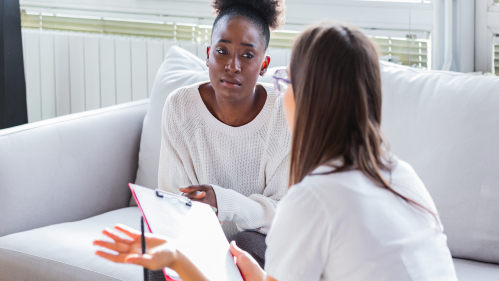 Racial bias among health care providers may limit the number of Black women who could be taking a daily pill to prevent HIV infection, according to a Rutgers-led study.

Published in the Journal of Acquired Immune Deficiency Syndrome, the study examined how racial biases among primary health care providers impacts their willingness to discuss and prescribe the HIV preexposure prophylaxis (PrEP) to Black women. When taken correctly, PrEP is up to 92 percent effective.

“Despite their high HIV incidence and willingness to use PrEP, Black women’s knowledge and uptake of PrEP are low, especially relative to white women and men who have sex with men,” said lead author Shawnika Hull, an assistant professor at the Rutgers School of Communication and Information.

After reading one out of four case studies about women eligible to receive PrEP medication, they were asked whether they thought the women would follow through with taking the daily pill and if they would be willing to prescribe the medication.

The researchers used the “Color-Blind Racial Attitudes Scale” to assess conscious and unconscious bias. Providers were asked their thoughts on statements like "Racism may have been a problem in the past, but it is not an important problem today," “Racial problems in the U.S. are rare, isolated situations,” and “Everyone who works hard, no matter what race they are, has an equal chance to become rich.”

The study found that the more likely clinicians were to express racist beliefs, the less likely they would talk to their Black patients about PrEP or prescribe it because they were concerned that the women wouldn't take the pill every day.

“Primary health care providers may make judgments about candidates for PrEP based on conscious and unconscious stereotypes – such as hypersexuality – and prejudice that disadvantage Black women,” Hull said. “Identifying how intersectional stigma in clinical encounters disadvantages Black women is crucial to increasing their access to the medication.”

Primary health care providers serve as important gatekeepers to PrEP, Hull said, but increasing evidence shows that providers know about the effectiveness of PrEP but are not prescribing it to Black women who need it.

She said while the study highlights how racial bias among health care providers inhibits HIV prevention and may contribute to and exacerbate disparities in HIV prevention, it also opens new possibilities for developing HIV prevention interventions that are responsive to the social-structural barriers to ending the epidemic.