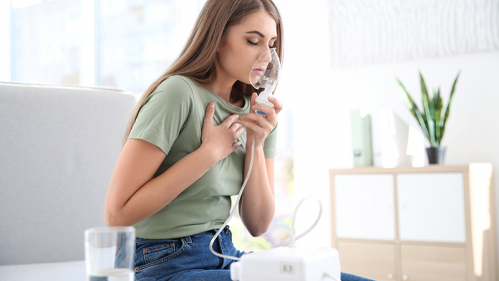 Rutgers researchers discovered a new role the protein may have in helping to treat allergies, asthma, COPD

A Rutgers-led team may have found the key to treating inflammatory diseases like asthma, allergies, chronic fibrosis and chronic obstructive pulmonary disease (COPD).

In a study published in the journal Nature Immunology, researchers discovered that neuromedin B (NMB), a protein produced by the nervous system, was responsible for preventing overactive immune responses and damaging inflammation. An immune response refers to the body's ability to recognize and defend itself against harmful substances. Although beneficial to help clear infections, an immune response can also promote damaging inflammation if not properly restricted. The researchers found that the NMB protein can stop the type of inflammation that that occurs in diseases like asthma, allergies, chronic fibrosis and COPD.

"For many years, the mechanism through which the body shuts down an inflammatory response to heal itself after worm infections remained poorly understood," said Mark C. Siracusa, lead author and an assistant professor at the Rutgers New Jersey Medical School. "Our study provided that understanding and a hope for possible treatments using NMB, which has great potential to treat inflammatory diseases like asthma, allergies and COPD."

COPD is the third most common cause of death among inflammatory diseases and allergies the sixth in the United States.

"Scientists previously thought the immune system was capable of regulating itself in order to resolve inflammation to prevent tissue damage. However, emerging work is beginning to reveal that complex interactions between the immune system and the nervous system serve to restrict inflammation and promote health," said Siracusa.

A patent cooperation treaty (PCT) patent application was filed by Rutgers Office of Research Commercialization. The next steps for researchers include developing drugs using the protein to treat diseases like asthma, COPD, and allergies.