A significant minority of Americans lack confidence in the outcome of the 2020 presidential election with more than one-third – primarily Republicans and Trump voters – not believing that the election results were fair, according to a nationwide survey by researchers from Rutgers University–New Brunswick, Northeastern, Harvard and Northwestern Universities.

The survey, published by The COVID-19 Consortium for Understanding the Public’s Policy Preference Across States, found that 64 percent of Republicans and 69 percent of Trump voters felt the election was unfair, compared to 11 percent of Democrats and 8 percent of Biden voters.

In November, the federal Cybersecurity and Infrastructure Security Agency called the 2020 election "the most secure in American history."

More than two-thirds of Americans, however, trust the U.S. Supreme Court to rule justly and fairly on matters related to the election. Congress and the White House were each trusted by 50 percent of respondents.

“This week, the Supreme Court refused to overturn President-elect Joe Biden's win in Pennsylvania,” said lead author Katherine Ognyanova, an assistant professor at Rutgers’ School of Communication and Information, “which is significant because we found 69 percent of Americans trust the high court the most to handle the election. In recent years, public trust in U.S. democratic institutions has reached near-historic lows.”

The researchers say belief in election fairness and fraud varied across partisanship, age and ethnicity. Fifty-nine percent of respondents said they trust Biden’s handling of the election, while 39 percent said the same about Trump.

Despite overall levels of distrust in the election result,   78 percent of voters nationwide and 70 percent of New Jerseyans were confident that their own ballots were properly counted.

The researchers polled 24,019 individuals across all 50 states plus the District of Columbia from Nov. 3-30.

The COVID States Project is a joint project of the School of Communication and Information at Rutgers University-New Brunswick, the Network Science Institute of Northeastern University, The Shorenstein Center on Media, Politics and Public Policy of Harvard University, Harvard Medical School, the Department of Political Science and Institute for Policy Research at Northwestern University. The consortium has released 28 reports and has charted public opinion related to COVID-19 topics since late April.

Researchers Find Human Learning Can be Duplicated in Synthetic Matter 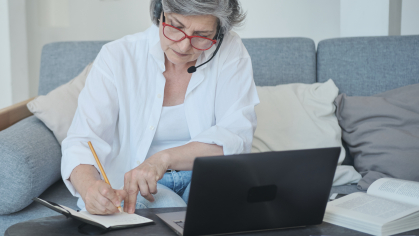 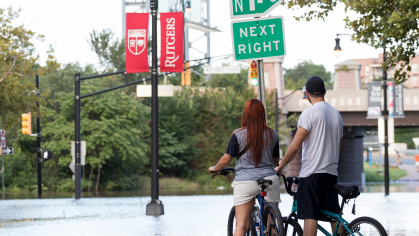