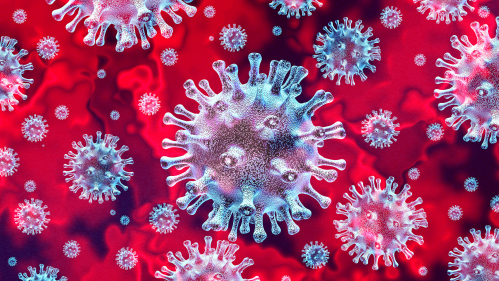 An antiviral drug used to treat SARS-CoV-2 remains effective against the newest variants of the evolving virus, according to Rutgers researchers.

The study, published in the journal Cell Research, is one of the first to explore the full extent of SARS-CoV-2 mutations.

Researchers concluded that the Pfizer antiviral drug Paxlovid still quashes COVID by jamming the cell machinery of a key protein, known as the “main protease” or Mpro, involved in replicating the virus.

As COVID’s Omicron variant spreads rapidly throughout the world, with recent severe outbreaks in Asia, authorities have watched to see whether the virus evolves “resistance,” evading the defenses provided by current medicines. With only a few drugs that are available to treat COVID, physicians are counting on treatments like Paxlovid to stem the spread.

But the Rutgers study also conveyed a warning – scientists discovered through genetic analysis that the virus is beginning to evolve in ways that may produce strains that can evade present treatments.

“There is hope, at least for now,” said study author Jun Wang, an associate professor in the Department of Medicinal Chemistry at Rutgers Ernest Mario School of Pharmacy. “At this point, Omicron is still new enough so that treatments are still working. But as more people take Paxlovid, we will expect drug resistance to emerge.”

The scientists accessed a public database known as GISAID, studying the Mpro sequences of all strains of COVID detected so far. The protein is central to the reproduction of the virus and the target of the antiviral Paxlovid.

Comparing more recent strains with earlier strains collected by physicians around the world, the scientists searched for mutations in genetic sequences of Mpro that occur when a virus replicates. Mutations can lead to possible new structures of Mpro, which are generally correlated with drug resistance.

“We wanted to pick out if there is a mutation in the protease that’s a ‘red flag,’” Wang said. “We did that because, generally speaking, as we have seen in the past, this would be the first sign of the development of resistance.”

The researchers found the top 25 most common new mutations in the main protease of many Omicron strains, a discovery Wang characterized as “concerning,” with the most common one called P132H. When they tested Paxlovid against the Mpro with the P132H mutation, the antiviral remained effective. This was further confirmed by the X-ray crystallography, showing that the P132H did not change the Mpro structure significantly.

Wang’s lab is working to develop new antivirals against COVID by targeting the Mpro and another key protein known as the papain-like protease. The best approach, he said, is to employ a strategy that has been highly successful with the treatment of HIV/AIDS and HCV – creating a “cocktail” containing multiple antivirals to thwart resistance.

“The idea,” Wang said, “is to always be one step ahead of the virus.”