Intimate Partner Violence Among Some LBGT Couples Increased During Pandemic 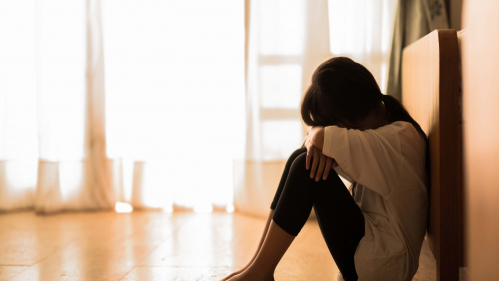 More than 18 percent of previously abused participants in an online survey of LBGT residents in the United States reported increased instances of intimate partner violence during the early days of the COVID-19 pandemic, according to researchers from Rutgers and other schools.

In a study published in the Journal of Gay and Lesbian Social Services, those living in the South and those with moderate to severe depression were particularly affected. Members of both groups were more than four times as likely as other respondents to report increased instances of intimate partner violence.

“We can’t say why intimate partner violence became more frequent in any given relationship, but prior research indicates that it tends to rise during national emergencies, and many aspects of the pandemic’s early days could act as triggers,” said Kristen D. Krause, coauthor of the study and deputy director of the Rutgers Center for Health, Identity, Behavior and Prevention Studies (CHIBPS). “People felt isolated and anxious. Alcohol consumption rose. Providers of medical and social services shut down, and it took them some time to launch virtual services.”

Study data were collected from May to July 2020 via an anonymous online survey of 1,090 adult US residents who identify as LBGTQ. To find factors associated with changes in IPV, researchers analyzed information provided on a wide range of sociodemographic issues by the 98 survey respondents who reported physical, sexual, verbal, psychological, emotional or financial abuse in their current romantic relationship.

Krause said that while all forms of intimate partner violence prevention are underfunded, the problem is particularly bad for same-sex couples because of popular perceptions that men are rarely victims of domestic violence and women rarely perpetrate it. Most shelters for victims of abuse only serve women.

Pending research from CHIBPS will explore what pandemic-related factors may have been the primary drivers of increased intimate partner violence in some LBGT relationships and pave the way for effective prevention techniques in future domestic emergencies.

“We all hope that nothing like the COVID-19 pandemic happens again, but we need to be better prepared in case it does,” said Krause, adding that previous research has identified cost-effective measures to reduce intimate partner violence in most situations. “The biggest single step might be making intimate partner violence screening, probably from a short questionnaire, a standard part of yearly physicals and other clinical encounters.”