I Am a Man: A Conversation With William Lucy 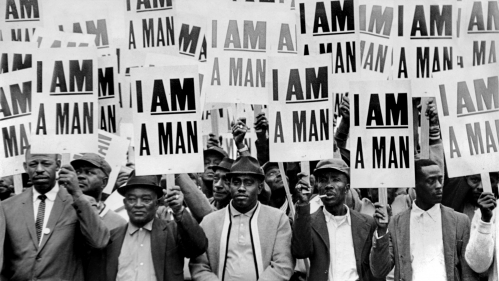 Francis Ryan, a labor historian in the School of Management and Labor Relations, interviews the union leader who coined the iconic phrase, "I Am a Man," during the 1968 Memphis sanitation strike.

When two sanitation workers were killed by a malfunctioning garbage truck in Memphis, Tennessee, in February 1968, the city’s fed-up public works employees went on strike to demand safer working conditions and higher wages.

“Here you had men who had worked the better part of their adult life for the city—some were working 15 to 20 years,” Lucy recalled. “Their wage levels were $1.25, $1.35 an hour. They were confronted with equipment that came from the Stone Age.”

The city’s white mayor, Henry Loeb, refused to meet their demands or even negotiate. Dr. Martin Luther King Jr. came on March 18 to voice his support for the striking workers and the thousands of people who now stood in solidarity with them. But divisions in the community and violence later that month threatened to unravel any progress.

Lucy knew they “needed some glue to hold this together.” He worked with a local pastor, Malcolm Blackburn, to create a slogan small enough to fit on a placard but powerful enough to unite the city. They thought about systemic racism in the South, and the generations of Black boys who grew up to be grandfathers without ever being treated as men by white society. That’s when it hit them.

“We came up with the sign that simply said, in four words, 'I Am a Man,'” Lucy said. “It was the shortest phrase that we could get that would instill in them a sense of pride, not just for what they had done but what they were doing to try to change the system.”

The slogan became a rallying cry for the workers and a turning point in the strike. The glue held, even after Dr. King was assassinated while on a return visit to Memphis to support the sanitation workers in April. Ultimately, the city agreed to recognize the union and raise wages.

Lucy, now 87, recalled the story Thursday in a wide-ranging interview with Francis Ryan, a labor historian in the School of Management and Labor Relations (SMLR) and author of a book about AFSCME. The school’s Center for Innovation in Worker Organization and the Labor Education Action Research Network cosponsored the conversation.

Speaking via Zoom, Ryan asked about Lucy’s journey from rank-and-file union member to president of his local to his 38-year run as international secretary-treasurer of AFSCME, a post that made him the highest-ranking African American in the labor movement.

Lucy and AFSCME’s longtime president, Jerry Wurf, understood the link between civil rights and workers’ rights. By tapping the growing frustration of underpaid public sector workers, many of whom were women and people of color, they helped to expand the union from 200,000 members to more than 1.4 million.

“It caught fire,” Lucy said. “Workers were reaching out to the union to say, ‘We like what you’ve got to say. How does that fit our situation?’”

In the early '70s, he cofounded the Coalition of Black Trade Unionists to serve as an independent voice for Black workers in the labor movement. In the early '80s, he played a key role in AFSCME’s groundbreaking resolution demanding equality for sexual minorities. And in the '90s, he was elected president of the world’s largest union federation representing 10 million members in more than 100 countries.

Lucy also joined a grassroots movement against the institutionalized racial segregation in South Africa known as apartheid, eventually working alongside Nelson Mandela—“the high point of our lives”—and helping to bring him to the United States for a tour.

Today, Lucy is retired from union work but still dialed-in to the struggles, including COVID-19 and its impact on low-wage workers and the future of work. He is also closely watching how trade unions adapt to the changes.

Lucy, who was just 34 when he coined the iconic “I Am a Man” slogan, fittingly draws inspiration from young people—including SMLR’s own labor studies students—as he eyes what’s ahead.

“This is their moment,” Lucy said near the end of his interview with Ryan. “The world is changing so fast, and in so many different ways, that they are the perfect group that’s in position to help shape the direction.” 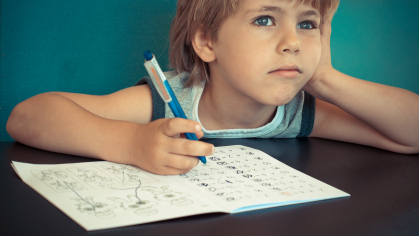 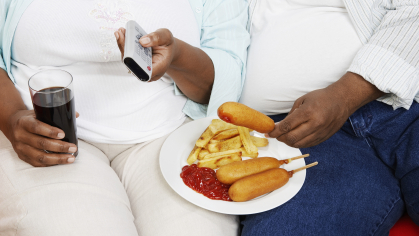 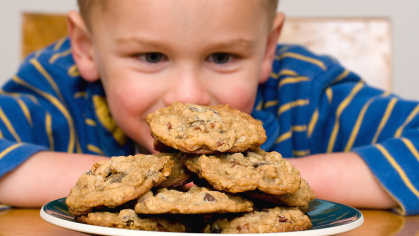 New Insights on the Significance of Willpower to Self-Control