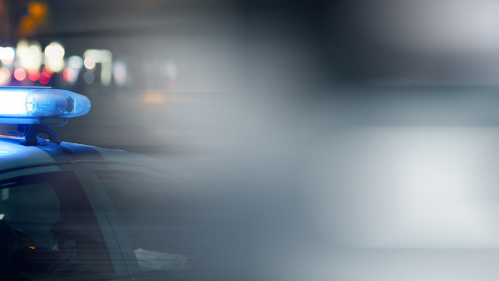 More gay, bisexual, and transgender men, also known as sexual minority Black men, are victims of policing stop-and-frisk policies than their Hispanic and white counterparts, according to a new Rutgers study.

Published in PLOS ONE, the study examined how young sexual minority men in New York City who have multiple minority statuses, experience inequity in policing according to new research led by Perry N. Halkitis, dean of the Rutgers School of Public Health, and director of the Center for Health, Identity, Behavior & Prevention Studies.

“Our data has indicated stop-and-frisk confrontations are disproportionately higher for young sexual minority Black men,” says study co-author Kristen D. Krause, instructor at the Rutgers School of Public Health and deputy director of the Center for Health, Identity, Behavior & Prevention Studies. “These trends remain consistent even when including drug use data in our analysis and with a recent decline in total occurrences.”

Although racial and ethnic disparities in policing in the United States are well documented, police interactions with sexual minority men - who face extreme social and economic vulnerabilities which impacts their physical and mental health - are largely under researched.

Investigative stops, known as stop-and-frisk, have received increased scrutiny as community policing practices have been examined. Stop-and-frisk encounters are classified as a cause of stress and disempowerment, and selecting populations repeatedly, can cause chronic stress and anxiety.

“It is not only vitally important to highlight the statistical data, but we must ensure our work supports the overall health of these young men,” adds Halkitis. “This includes focusing on mental health and psychosocial programs, and advocacy efforts from a variety of professionals, like physicians and educators, to minimize these stressors that lead to adverse health outcomes.”

Study co-authors include faculty from the Rutgers School of Public Health, and other collaborating institutions.