College Students with Disabilities at Greater Risk for Substance Abuse 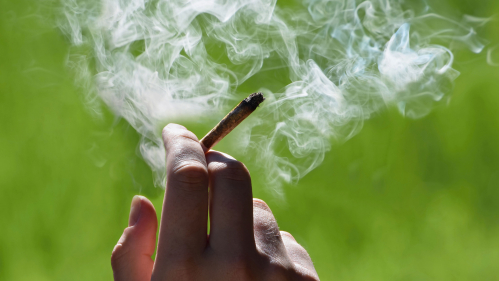 Prescription medications are most often misused by students with disabilities, according to Rutgers study

College students with physical and cognitive disabilities use illicit drugs more, and have a higher prevalence  of drug use disorder, than their non-disabled peers, according to a Rutgers study.

The study, published in the journal Disability and Health Journal, gives new understanding to the risk factors for substance use in students with disabilities and will help develop more effective prevention and treatment strategies.

The researchers looked at 6,189 college or university students in the 2017 National Survey on Drug Use and Health, 15 percent of whom had a disability that affected their hearing, seeing, mobility or mental or emotional functioning. The illicit drugs included marijuana, cocaine, heroin, hallucinogens, inhalants, methamphetamine and prescription medications such as pain relievers, tranquilizers, stimulants and sedatives.

“The odds of past-year misuse of prescription pain relievers, in general, was almost twice as high for students with any disability. In fact, students with any disability were two-and-a-half times more likely to have misused OxyContin specifically,” said lead author Myriam Casseus, a graduate student at Rutgers School of Public Health. “This may be due, in part, to these students self-medicating for pain and stress management.”

Most of the students reporting a disability had a cognitive limitation. The study noted that young adults with ADHD are more likely to become dependent on or abuse nicotine, alcohol, marijuana, cocaine or other substances.

“Our findings suggest that health care providers be aware of the risk of drug misuse when treating college students with disabilities, particularly when prescribing medications that may lead to abuse or dependence,” said Judith Graber, associate professor at Rutgers School of Public Health. “Also drug prevention and treatment programs should include interventions for college students with disabilities, especially cognitive.”