The Surprising History of Christmas Traditions

Rutgers professor explores some of the oldest holiday traditions 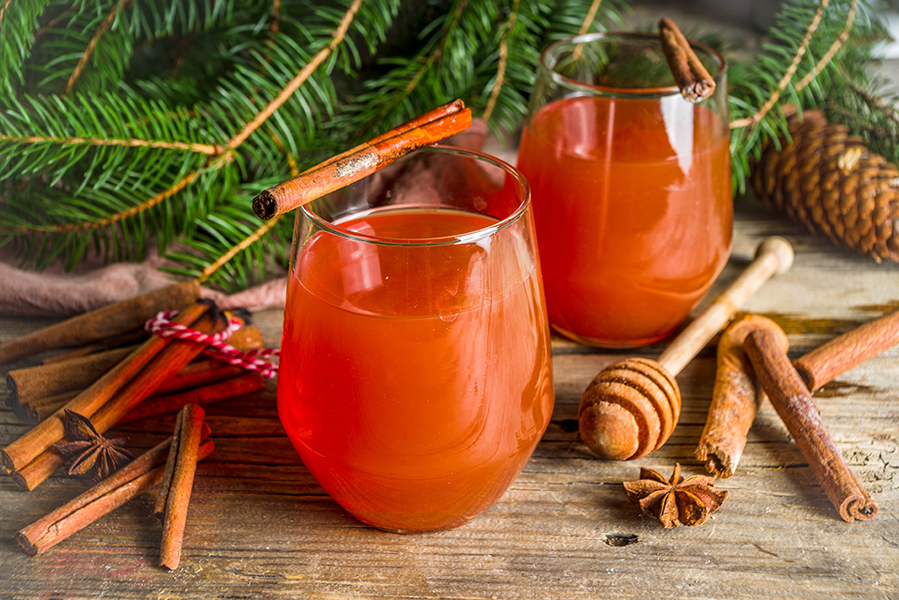 Wassail, one of the oldest holiday drinks, is named after the Anglo-Saxon phrase “waes hael” or “good health.” Wassail was originally made with mulled ale, curdled cream, roasted apples, eggs, cloves, ginger, nutmeg and sugar.

Did you know yuletide caroling began 1,000 years before Christmas existed? Or how about the fact that mistletoe was used to represent immortality long before the holiday reached Europe? And before there was eggnog, the medieval English drank wassail made from mulled ale.

Maria Kennedy, an instructor of folklore at Rutgers University–New Brunswick’s Department of American Studies in the School of Arts and Sciences, has researched the European holiday traditions that predate – and became an inseparable part of – Christmas.

She shared her insights with Rutgers Today.

What is the origin of Christmas caroling?

The act of going from house to house during the darkest time of the year to spread hope through song has its origins​ throughout Europe and takes many forms including the British tradition of Wassail and Mumming, and the Slavic tradition of Koliada, which began before 998 B.C. In many traditions, people would go door to door and ask for permission to perform. They would recite poetry, sing and sometimes perform a skit. The idea was that these acts would bring about good fortune to influence a future harvest. Many of these visiting rituals were incorporated in the celebration of Christmas and are still performed in modern Ukraine as well as throughout Europe and across the United States.

Why do we associate Christmas with eggnog?

Holiday beverages like eggnog, mulled wine and hot cider often include cinnamon, cloves and/or other spices. In medieval England, these spices were of high value and would have been traded for other goods. They were a sign of wealth, so bringing them out for celebration was equivalent to bringing out the best wine for guests. Drinks with eggs and cream may seem strange to palates today, but these were also common in medieval England.

The ancestor of these drinks is wassail, named after the Anglo-Saxon phrase “waes hael” or “good health.” Wassail was originally made with mulled ale, curdled cream, roasted apples, eggs, cloves, ginger, nutmeg and sugar. It was served in huge bowls made of wood, pewter, porcelain, and silver. The act of wassailing would begin on the 12th day of Christmas – Jan. 5 or Jan. 6 – and included bonfires in the orchards, shooting guns to scare away bad spirits, caroling and pouring hot cider into the roots of trees for a good harvest the following year.

Where did mistletoe and evergreen trees become part of the holiday?

Mistletoe, an evergreen shrub, was used in celebrations dating back to the ancient Druids – Celtic religious leaders – some 2,000 years ago. Mistletoe represented immortality because it continued to grow in the darkest time of the year and bore white berries when everything else had died. Hanging its sprigs over doorways and windows was supposed to keep the evil spirits of disease from entering a house. Farmers found it easiest to remove parasitic mistletoe from apple trees in winter when the branches were barren.

The decorating of evergreen trees is a German custom that began in the 16th century and was popularized in England and America during the reign of Queen Victoria after she married Prince Albert in 1840. Albert would decorate the trees at Windsor Castle with wax candles and sweets. By the 1860s, hundreds of Christmas trees were sold in Covent Garden and eventually the trend made its way into American tradition. Originally, trees would be decorated with oranges stuck with cloves, cinnamon sticks and pine cones. Sometimes, the nut would be removed from a walnut shell and replaced by a small gift or candy before being hung on a tree.

Why is Christmas celebrated in December?

The winter solstice on Dec. 21 or 22 is the longest night of the year, but marks the return of the sun when the days will get longer. It’s considered a time of hope.

In pre-industrial Europe, you would have harvested all of your crops and then had three to six months of cold and dark, without the ability to grow food. Many people would slaughter some of their livestock because they would not be able to feed them through the winter, so this is when feasts would happen.

Neither the Bible nor history give a date for Jesus’ birth, though it was more likely closer to spring. But, because the solstice was already such a celebrated time of year in pre-Christian traditions, Christians came to use it to celebrate the birth of Jesus.