A Serious Question: Why Do We Laugh? 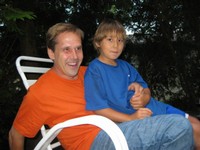 Not surprisingly, Robert Lynch begins his research paper “It’s Funny Because We Think It’s True: Laughter is Augmented by Implicit Preferences” with a joke. Not his joke, but one taken from a toast Homer Simpson makes in a 2004 episode of The Simpsons: “To alcohol! The cause of, and solution to, all of life’s problems.”

In his experiment, Lynch, a graduate student in the Department of Anthropology, tested the common belief that we find things funny because something about them is subjectively true – that is, it rings true for us. His paper appears online in the journal of Evolution and Human Behavior.

Why test scientifically something that everyone accepts as obvious? 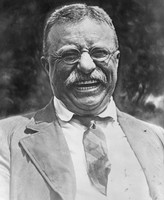 First, Lynch said, our common sense assumptions about the world are often wrong. Conventional wisdom once had the sun circling the earth, but science showed that assumption to be false. Second, and much more to Lynch’s purpose, there must be some evolutionary function for laughter since all human cultures have laughter. “It’s universal,” he said. “Everyone laughs at something, though not everyone laughs at the same things.”

Lynch asked 59 undergraduates (26 men, 33 women; 36 Caucasians, 21 Asian Americans, and two African Americans) to watch a 30-minute video of stand-up comedian Bill Burr’s 2005 HBO special. He chose a comic as his tool for this experiment because the comic is entirely on his or her own without other performers or laugh tracks. Lynch selected Burr because the comedian’s jokes often turn on race and gender, and this has made him the subject of some controversy.

Besides viewing Burr’s comedy, the students took two computer-based implicit association tests (IAT) to measure their attitudes about race and gender. IATs measure the strength of association between concepts in a person’s memory. The faster the subject associates two concepts – say, “man” and “career” or “woman” and “cooking” – the stronger that association is in the subject’s mind. 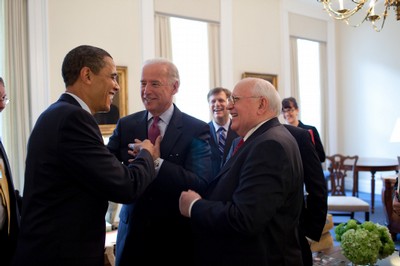 Lynch also videotaped his subjects as they watched Burr’s routine and then used the Emotional Facial Action Coding System to interpret their facial reactions to what they saw and heard. EMFACS allows researchers to classify and deconstruct any visible facial movement and helps them understand whether a smile, for instance, is sincere or insincere. Finally, each student watched the routine alone. “There was no reason for them to laugh if they didn’t think the routine was funny,” Lynch said.

Using the IAT to determine his subjects’ implicit attitudes, and isolation and EMFACS to protect the sincerity of their responses to Burr’s comedy, Lynch concluded that, yes, people really do laugh because something in a joke or situation rings true for them.

“If implicit preferences affect our response to humor, then laughter may serve as a signal that we share the joke teller’s beliefs, biases, or preferences,” Lynch wrote.

Lynch’s research suggests to him that, since humor is entirely subjective, our laughter signals to others that we have a bond with them. He believes ability to recognize our own – however we might define “our own” – gives us an evolutionary advantage. We’re members of the same tribe. So we feel safer sharing more information about each other; we might share a meal, start a business, or get married.