Ruth B. Mandel, who escaped the Holocaust with her family and devoted her life to promoting democracy and civic engagement including through 24 years as director of Rutgers University’s Eagleton Institute of Politics, died Saturday. Her death at age 81 was caused by ovarian cancer.

Mandel was a Board of Governors Professor of Politics at Rutgers University-New Brunswick and a Senior Scholar at Eagleton’s Center for American Women and Politics (CAWP). She stepped down in August as director of Eagleton after more than two decades of distinguished leadership. Before that, from 1971-1984, she was a founder and director of CAWP.

“This is very sad news at a difficult time,” said John J. Farmer Jr., director of the Eagleton Institute of Politics. “The loss of Ruth will be felt not just by Eagleton, by Rutgers and by the U.S. Holocaust Museum, but by the thousands of students, colleagues and friends whose lives she has touched in her inimitable, deeply caring way. ‘’

The New York Times’ obituary for Mandel recognized her lifelong passion and commitment, referring to Mandel as “a voice for women in politics.”

Mandel was born in Vienna, Austria. Her parents, Mechel and Lea Blumenstock, fled Nazi Germany with their infant daughter in 1939 on the SS St. Louis, which left from Germany carrying more than 900 Jews away from Nazi terror. Denied entry to both Cuba and the United States, the St. Louis returned its passengers back to Europe months before the onset of World War II. Many were eventually murdered in Holocaust death camps, but Mandel’s family was among those fortunate enough to be accepted into England. The family moved to the United States in 1947. Ruth attended Brooklyn College, earning a B.A. in English, and earned her Ph.D. in English and American literature in 1969 from the University of Connecticut. Before coming to Rutgers in 1971, she taught at the University of Pittsburgh and Rider College.

During her tenure as Eagleton’s director, the institute launched new research and education initiatives in youth political engagement, governors and state executive leadership, science and politics, immigrant political behavior and ethics in government. The institute’s education programs for Rutgers graduate and undergraduate students expanded in size and scope, attracting support from new state and private resources. In honor of its 60th anniversary in 2016, Eagleton launched the Rutgers-Eagleton Washington Internship Program, providing summer stipends to support undergraduates enrolled on any Rutgers campus. The institute expanded its state and national outreach and service with visible public programs and social media communications under Mandel’s leadership.

As a founder and director of CAWP, Mandel built a national center with multifaceted research, education, public service and information programs on women’s political participation, helping to define and expand the field. As Eagleton’s director she remained affiliated with CAWP as a senior scholar, continuing to teach and write about leadership and emphasize the political history of women in the United States.

In August, when she announced her decision to step down as Eagleton’s director, Mandel said, “I am proud of Eagleton’s long-standing, nationally respected centers and programs, as well as the groundbreaking new ones that have been initiated and nurtured under my watch, the hundreds of students who have passed through our doors and the impressive and collegial faculty and staff who have been attracted to the institute and, in many cases, continued to work here almost as long as me.”

Mandel’s work at the institute was informed by her own government service as an appointee to both federal and state bodies. She was appointed by President George H.W. Bush to the U.S. Holocaust Memorial Council, the governing body for the U.S. Holocaust Memorial Museum in Washington, DC, and reappointed and designated vice chair of the board by President Bill Clinton; her service to the museum extended from 1991-2005. She was the founding chair of the Museum’s Committee on Conscience. More recently, New Jersey Governor Phil Murphy appointed her to the New Jersey Council for the Humanities.

As Eagleton’s director, Mandel focused nearly a quarter century on shaping a distinctive, path-breaking institution, widely known and respected as the Rutgers “Place for Politics.” She nurtured existing strengths in an Institute established in 1956 and expanded Eagleton’s work into new arenas under the broad mandate of Florence Peshine Eagleton, whose founding bequest called for “the development of and education for responsible leadership in civic and governmental affairs and the solution of their political problems.”

Among Mandel’s signature achievements as director of Eagleton:

Mandel also authored numerous publications about women’s changing political roles including In the Running: The New Woman Candidate, the first book-length account of women’s experiences as a candidate for political office.

“The community – the family, really – that Ruth built and nurtured here at Eagleton wants nothing more at this moment than to gather to celebrate Mandel’s life and to mourn,’’ Farmer said. “Although the current public health emergency prevents us from meeting in person, I assure you that we will offer opportunities for virtual gathering, and will come together in person on a brighter day to celebrate Ruth’s presence in all of our lives.”

Kelly Dittmar, an assistant professor of political science at Rutgers University–Camden and scholar at CAWP, said, “Ruth Mandel was not only a pioneer in the field of women and politics, blazing a trail for those of us who came behind her, but she was also a generous and tenacious champion for the next generations of students, scholars and practitioners who shared her commitment to better politics through women's empowerment and inclusion. I’m incredibly grateful to call her a role model, mentor, colleague, boss and friend. She will be terribly missed, but her legacy lives on in the institutions in which and individuals on whom she has had such a significant influence.”

Mandel is survived by her daughter, Maud Mandel, president of Williams College, son-in-law Steve Simon, and grandchildren Lev and Ava as well as by her husband, Jeff Lucker, a history teacher at Princeton High School, and her ex-husband and dear friend, Barrett Mandel of New York City. 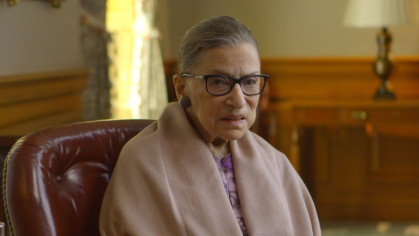 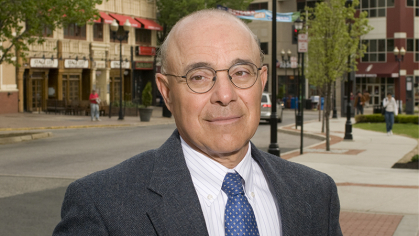 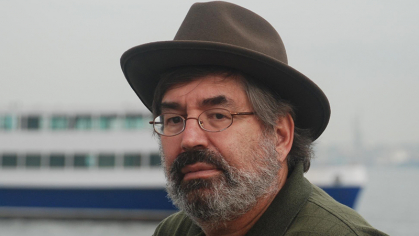