The right-wing conspiracy movement known as QAnon is at the forefront of national and political conversations this election cycle, believing that President Trump is secretly fighting the deep state.

Jack Bratich, an associate professor of journalism and media studies at Rutgers’ School of Communication and Information, says the movement, which has recently been taken down by Facebook and Twitter, has gained momentum because of recent economic, political and ecological turmoil.

The author of Conspiracy Panics: Political Rationality and Popular Culture describes QAnon, why it’s well known and why we should not treat this as a misinformation problem.

QAnon, as I consider it to be, is an internet-based social movement with religious underpinnings.

It’s a collective project of interpretation and action around an alleged military insider who provides clues and cryptic messages about political affairs. It started as an internet political speculation game (interpreting signs, greeting each other with codes) and morphed into an increasingly apocalyptic movement.

QAnon connects many long-standing tendencies and conspiracy claims. Even if these claims have been around for some time, many have gained newfound circulation as more people “discover” their existence through the internet. The core claim is that an elite cabal has corrupted America and that cabal is in league with Satan. There’s a small secret group in the U.S. military ready to expose and fight it with the blessing of President Trump. Other theories can be hung on this main thread such as Pizzagate, coronavirus is fake, vaccinations do more harm than good and JFK Jr. is alive.

What are the reasons for its relative success now?

People are feeling this heightened uncertainty and seeking a stable future. QAnon gives them clear enemies, a secure future based on an unfolding “plan,” a meaningful story of triumphing over evil and a way to participate in its implementation. 2020 has provided two main events for its success: the upcoming presidential election and the coronavirus pandemic and lockdown.

People have been spending more time at home, which translates into more media usage. There’s more time to consume, circulate and produce QAnon material. People are turning to digital media to look for answers as well as to connect with others. Individuals who are living alone might discover in QAnon a sense of belonging.

How has it impacted the 2020 election campaign?

The November elections have certainly made the stakes high for people to take a position on QAnon. In addition to influencing a few candidates for office, QAnon has become a likely player in framing how people interpret the election results.

Like any populism based on religiously inflected crusader mentalities, QAnon has a built-in danger to explode violently. In June, the QAnon community circulated an “oath” that would commit the person to becoming a “digital soldier.” Many QAnon followers believe that mass arrests of Democrats and D.C. insiders are imminent and will likely take the form of a military coup. They are thus preparing for a war.

How can we address it?

Treating this as an information and misinformation problem misses the power and significance of something like QAnon. Defining it that way minimizes the deep roots of such a phenomenon and results in meager technological and platform solutions.

De-platforming does not work in an internet media ecology; it only pushes these groups to move around and morph. People will find each other when they’re motivated to do so. Smaller tech channels have already become the new homes for QAnon. QAnon influencers have been using new codes to avoid algorithms and keep the movement going. Some are disavowing QAnon altogether yet continuing the general project by focusing on their most palatable campaign: saving children from human trafficking. In other words, looking for and trying to stop QAnon is already a lost cause—they’ve mutated into other less obvious forms.

Understanding them means situating them into the authoritarian tendencies within American history, ones that have been here for a long time and are now getting organized and manifested, in part, thanks to media and technologies. When we begin to take them seriously as a movement rather than a set of circulating falsehoods, we can take the proper action. 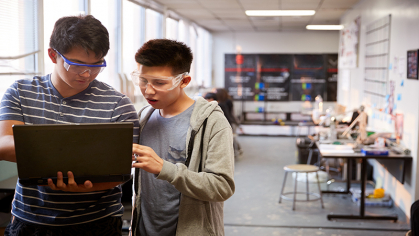 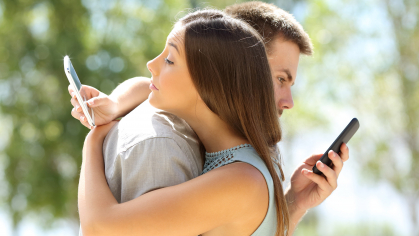 Are You Addicted to Technology? 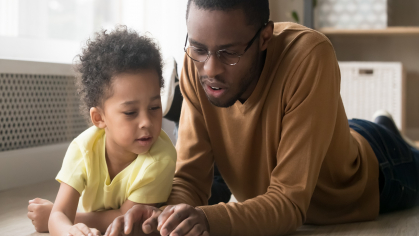