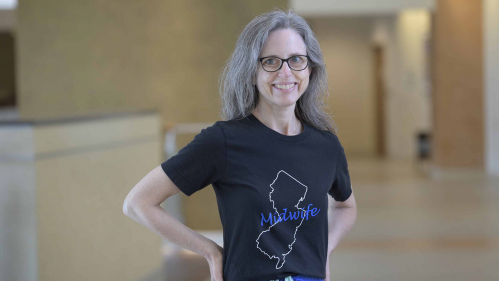 Julie Blumenfeld, at the Capital Health Medical Center in Pennington, N.J., has become a leading voice for midwives in New Jersey and the U.S.
Nick Romanenko/Rutgers University

From Trenton to Capitol Hill, Julie Blumenfeld calls for increased funding and education

In a nation with a high maternal mortality rate, Julie Blumenfeld has dedicated her career as a certified nurse midwife to advocating for her patients and profession.

Over the years, she has become a leading voice for midwives – licensed independent health care providers with graduate-level education and specialized training. Midwives not only provide care during pregnancy and birth, but primary, sexual and reproductive care throughout the lifespan of their patients.

Blumenfeld, a clinical assistant professor and the program director of the Nurse Midwifery and Dual Women’s Health/Nurse Midwifery programs at the Rutgers School of Nursing, has seen her advocacy work lead to significant progress for the profession this summer.

In June, New Jersey Gov. Phil Murphy signed into law the 2023 state budget, which included $1 million to increase opportunities for midwifery education – the first time that state funds have been earmarked for these services. Blumenfeld’s recommendations, along with outreach by midwives throughout the state, influenced the development of this initiative.

In July, Blumenfeld headed to Washington, D.C., to speak at a congressional briefing on the Midwives for Maximizing Optimal Maternity Services Act, a bipartisan bill that would establish funding streams for midwifery education programs.

This funding would increase the number of midwives educated in the U.S. to address a worsening maternity-care provider shortage and create a diverse maternity care workforce to increase public access to “culturally competent and racially congruent care providers,” Blumenfeld said.

“There is ample evidence that midwives are part of the solution to the maternity-care crisis,’’ Blumenfeld noted in her comments to Congress. “This legislation reflects unprecedented support for the growth and diversification of the midwifery workforce and has the potential to be transformative for the lives of all Americans.”

Linda Flynn, dean of the Rutgers School of Nursing, said Blumenfeld’s advocacy work, which focuses on influencing evidence-based policy, is “nursing at its finest.”

“What Julie has been advocating for resonated with the First Lady of New Jersey Tammy Murphy and her priority, which is reduced infant and maternal mortality rates in the state,” Flynn said. “Clearly, it's not just a New Jersey problem. It's a problem across the nation.”

Blumenfeld was first exposed to the midwifery model of care while serving as a Peace Corps volunteer in Central and South America.

A recipient of a Maternal and Child Health Bureau grant, Blumenfeld earned her nurse midwifery master of science degree from the University of Pennsylvania and holds a doctor of nursing practice degree from Rutgers. As a midwife at Brigham and Women's Hospital in Boston, she received a fellowship through the American College of Nurse-Midwives intended to expose new midwives to public policy.

Blumenfeld has worked as a nurse midwife at Capital Health in Trenton for more than 20 years. Her work extends beyond clinical practice in the city where she has served in various roles aiding at-risk infants, children and families.

She began teaching at the Rutgers School of Nursing, which provides the only midwifery program in New Jersey, in 2020. Blumenfeld said she sees her role at the university as a natural extension of the work she has done both in the clinical and policy arenas. Working in academia, Blumenfeld said she is now on the front lines of helping to expand midwifery in New Jersey.

“Educating future midwives is an incredible opportunity to maximize access to a unique model of care,” Blumenfeld said. “The midwifery model of care sees birth as a normal life transition – not a disease or a medical condition. Midwives focus on relationships. We focus on listening, education and patient autonomy. It is person-centered care.”

Because of a new rule from the New Jersey Board of Medical Examiners, certified nurse-midwives now can provide aspiration abortions in addition to previous authorization to administer medication abortions.

Blumenfeld said another way to expand the profession is to demystify midwifery by clarifying the education and role of midwives and highlight their maternal health outcomes.

“I would love to see a public messaging campaign about midwifery and the great work we do,” said Blumenfeld. “We know that right now, nationally and in New Jersey, there are maternal health inequities. And we know there is no one single solution. Increased access to midwifery care is one way to move the needle and improve those outcomes.” 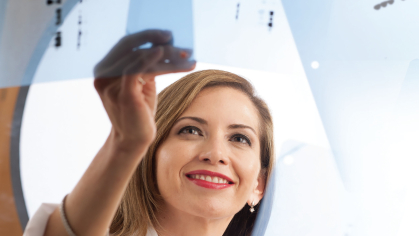 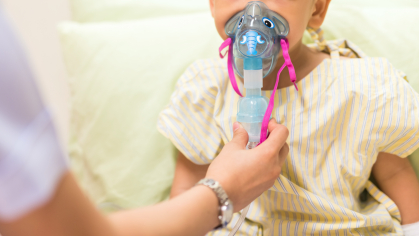