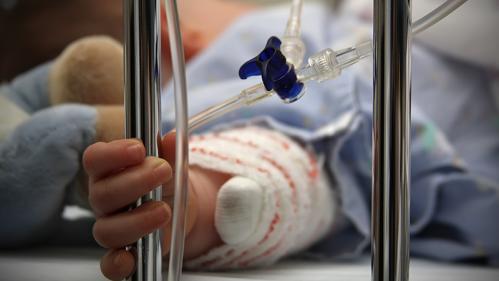 The disease, associated with COVID-19, has affected clusters of healthy children worldwide

Parents and clinicians need to be aware of the symptoms of multiple inflammatory syndrome (MIS-C) – an inflammation impacting two or more organ systems  – in children who have been diagnosed or exposed to COVID-19, according to two Rutgers researchers who were among the leaders of the first nationwide study of the disease, published in the New England Journal of Medicine.

Funded by the U.S. Centers for Disease Control and Prevention, the study reviewed 186 cases of pediatric MIS-C from around the country and another 27 from New York State, from March 16 to May 20., including the clinical characteristics of the disease, treatments and outcomes.

“The study highlights our ever-changing understanding of COVID-19 in children,” said Professor Lawrence C. Kleinman, vice-chair for academic development and chief of the Division of Population Health, Quality, and Implementation Sciences in the Department of Pediatrics at the Rutgers Robert Wood Johnson Medical School and Bristol-Myers-Squibb Children’s Hospital. “We have moved from thinking that COVID-19 spares children to understanding that children can get very sick.”

“This article describes how even in the absence of strong prior evidence, doctors mindfully identified and repurposed potential therapies to positive effect,” added Steven Horwitz, assistant professor of pediatric critical care at the medical school. “Individuals with MIS-C can get very sick and many need therapy to support their breathing and their heart function. Still, with proper identification and treatment, thankfully the majority of these children and adolescents get better and many do so very quickly.”

Researchers found symptoms of the disease typically appear two to four weeks after the onset of COVID-19 or after exposure to the SARS-CoV2 virus that causes COVID-19.  Among the children confirmed to have had COVID-19, the median time in which inflammatory symptoms appeared was 25 days. More than two-thirds of the children and adolescents were healthy before their experience with SARS-CoV2, and nearly four in five hospitalized with MIS-C required ICU care.  More than two-thirds of the children in the study were over the age of five. As of May 20, 70 percent had been discharged, 28 percent were still hospitalized and 2 percent had died.

With its frequent involvement of the heart and heart vessels, MIS-C initially came to attention as an illness similar to Kawasaki disease.  The NEJM article illustrates that these are distinct syndromes with MIS-C having more frequent and severe involvement of the heart and more typically occurring in an older population.  MIS-C most frequently involves the digestive system.

The study was based out of a collaborative network based in Boston Children’s Hospital.  The Rutgers team helped to lead expansion to include many more cases from the original hotspots in the New York and New Jersey region. While the disease is defined as involvement of at least two organ systems, more than two-thirds of cases involved four or more organ systems.

Due to the wide range of symptoms with the disease, including fever, fatigue, rash, shortness of breath, and abdominal pain, parents should seek medical care for children and adolescents who were exposed to COVID and develop these symptoms.

Researchers stress that the long-term effects of the syndrome are still unknown, as is the possibility that MIS-C exists in a milder form impacting a single organ system, or that does not require hospitalization. They also emphasized the need for clinicians to work together both clinically and in research to expand available evidence to inform better diagnosis and treatment for children. They also encouraged other physicians who may see patients for the first time with symptoms related to MIS-C, to reach out to experienced clinicians for assistance with diagnosis and treatment protocols.

Hospitals and doctors nationwide are collaborating to continue developing broad protocols for treatment to improve recovery outcomes for our patients and create effective assessments to save lives.

Simon Li, who recently joined Robert Wood Johnson Medical School as Chief of Pediatric Critical Care, was another senior co-author of this CDC-funded project under a contract to Boston Children’s Hospital.