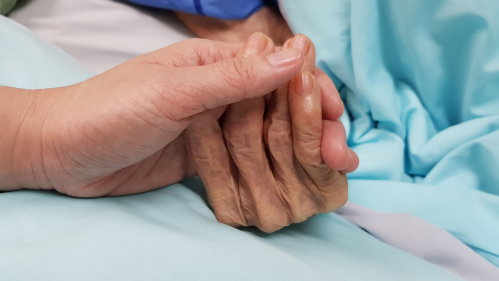 Researchers from Rutgers and other universities have developed a behavioral model that explains a long-standing healthcare mystery: Why do so many terminally ill patients undergo intense last-ditch treatments with little chance of meaningful life extension?

Surveys repeatedly indicate that nearly all people would rather die peacefully at home, yet painful, long-shot treatments remain common, and efforts to reduce usage have failed.

Previous analyses have mostly emphasized patients’ treatment preferences at the end of life. The new model, which its creators named the Transtheoretical Model of Irrational Biomedical Exuberance (TRIBE), focuses squarely on clinician psychology and family dynamics.

“Old models tended to assume that clinicians were purely rational agents, leading patients toward logical choices,” said Paul R. Duberstein, lead author of the study and chair of the Department of Health Behavior, Society and Policy at the Rutgers School of Public Health. “Once doctors have recommended a treatment or procedure, there’s enormous pressure on patients to undergo it.”

“This model incorporates research showing that clinicians are emotional beings, like all people, and these emotions strongly impact their patients’ choices,” Duberstein said. “Doctors hate to ‘give up’ on patients, so they often recommend treatments with very little chance of success. That won’t change until we improve medical education and the culture of irrational biomedical exuberance.”

“Irrational exuberance” is a term that economist Alan Greenspan famously used to describe investor sentiment in the lead-up to the dot-com crash, but Duberstein and his colleagues said it has long affected doctors and patients as much as it has affected Wall Street. They read of one-in-a-million cures and irrationally believe that they or their patients will be that one in a million – just as people who purchase lottery tickets think they’ll be the lucky winners.

Pointing out the irrationality of the choice doesn’t affect doctors any more than it affects lottery players. Indeed, the researchers believe it affects doctors less because, unlike gambling, which is often portrayed as a vice, the struggle to preserve life is typically portrayed as a virtue.  Motives to prescribe long-shot treatments are noble – to avoid death, save a life, “do all we can,” “fight a battle” and “never give up.” In this view, failing to prescribe long-shot treatments is tantamount to abandoning patients and, for patients, failing to try these treatments is tantamount to abandoning loved ones.

The authors, who also hail from Tulane University, the University of Rochester and Rowan University, call for new approaches to clinical care and public education that will address the emotions that fuel useless treatments at the end of life. “At some level, every patient death is a potential source of shame for doctors and a source of guilt for surviving family members,” Duberstein said. “By changing the culture of medical education and broader cultural attitudes toward death, we can address the emotions and family dynamics that have prevented too many patients from receiving quality care in their final days and weeks of life.”