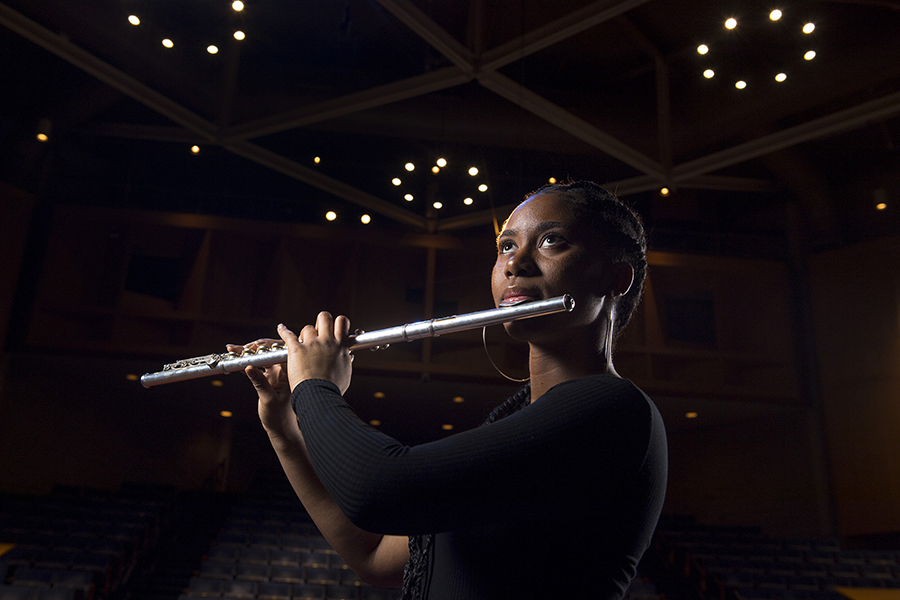 Sana Colter, a classically trained flutist at the Mason Gross School of the Arts at Rutgers University–New Brunswick, remembers growing up in Harlem, learning to play the flute and piano in fourth grade and thinking that she would have to stop because her parents couldn’t afford the lessons.

“I would bug everyone for lessons,” said Colter, a senior flute performance major, who received the NAACP New Brunswicks Chapter's James Baldwin Award for Artistic Achievement last spring. “Eventually my mom helped me land an opportunity to play through a church. But every year that I continued to play, the number of kids at school who still played instruments – especially classical instruments – got smaller and smaller.”

Still, Colter didn’t give up. As she tells it, her mission, even as a child, was to disprove the belief that black girls didn’t play the flute. This tenacity landed her a spot at the prestigious Juilliard Music Advancement Program in the eighth grade.

“When you’re the only minority performing on a stage to an entirely white crowd, it makes sense that you may begin to doubt whether you belong there, and this is one of the topics we hold discussions on with CREATE members.”

Eight years later, Colter has dedicated her last year at Rutgers to creating a hub for underrepresented groups to meet in a supportive environment to discuss ways to overcome barriers to having artistic careers. While the music industry has come a long way in tackling inclusivity and diversity, she says, it is still a challenge for black and Latinx musicians to break into an industry where the majority of musicians in the top orchestras are white.

Colter says that one of the challenges for students growing up in black and Latinx communities is paying for music lessons.

“You’re encouraged to take up hobbies that are more likely to make money and lead to a stable career,” said Colter. “When you grow up in a lower-income household, your family wants better for you, and sometimes that encouragement to pursue something more stable can keep talented kids from their passions, especially when that passion isn’t going to guarantee a paycheck.”

Pursuing a career in music is difficult for anyone, but training in classical music in black and Latinx communities is an extra challenge, Colter said. According to a 2016 report by the League of American Orchestras [PDF], African Americans make up only 1.8 percent of musicians in orchestras nationwide, while Latinx individuals make up 2.5 percent.

She hopes CREATE will help underrepresented artists prepare for auditions, especially, she says, those who have “imposter syndrome,” or a chronic sense of self-doubt despite a record of achievements. Studies show this affects them especially hard.

“When you’re the only minority performing on a stage to an entirely white crowd, it makes sense that you may begin to doubt whether you belong there, and this is one of the topics we hold discussions on with CREATE members,” Colter said. “We help our members understand that they are needed.”

While there are fewer classically trained musicians of color making it big, Colter said that Lizzo, a classically trained flutist who opened the 2020 Grammy Awards with a performance that included a black orchestra and flute solo, is proof that classical music study can contribute to successful careers for black and Latinx people.

“One of the things I want students to know, not just at Mason Gross but also outside of Rutgers, is that they can make this a career,” said Colter. “Rutgers gave me the opportunity to start an organization where we can support each other and step outside of our comfort zones, and I hope it continues to flourish long after I graduate.” 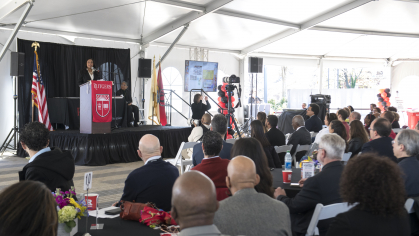