Celebrating 150 Years of The Daily Targum 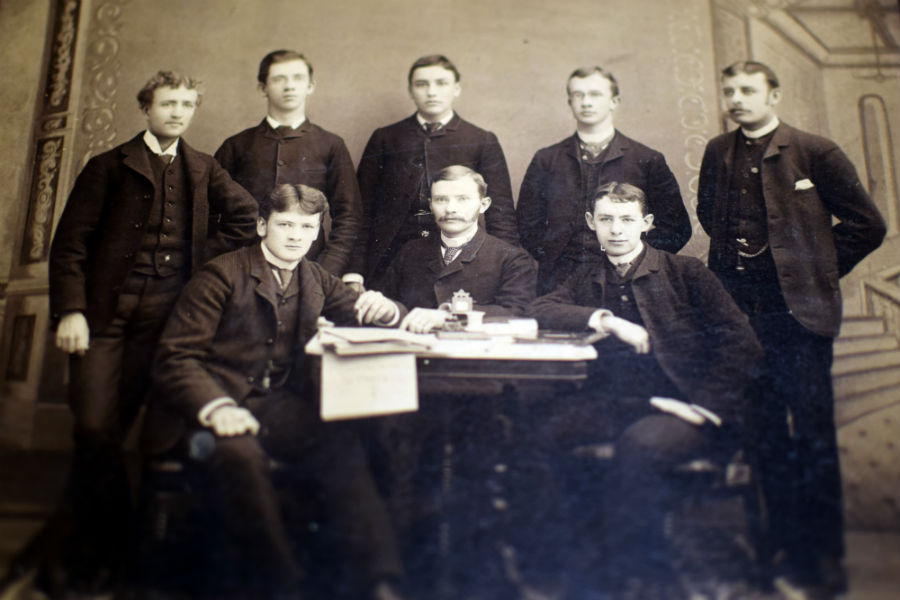 Targum Editorial Board, 1880s (Courtesy of The Daily Targum)

Bumper DeJesus, managing producer for multimedia for NJ Advance Media, and Kelly Whiteside, the first woman president of the Football Writers Association of America, are also members of an ever-growing group of Targum alumni making an indelible mark on the world of journalism. Some of the most notable figures in Rutgers' history are also on that list, including the poet Alfred Joyce Kilmer, Nobel Prize-winner Selman A. Waksman, U.S. Senator Clifford Case and Martin Agronsky, a pioneering broadcast journalist who hosted one of the first political talk shows.

When the award-winning campus paper commemorates its 150th anniversary in January, there will be a lot to celebrate, including its longevity (it’s one of the oldest collegiate newspapers in the country), its impact on campus life and its role in fostering new generations of national influencers.

“What working for the Targum does is help you learn how to operate in a semi-professional environment,” says Steven Miller, coordinator of undergraduate studies for the Department of Journalism and Media Studies in the School of Communication and Information at Rutgers-New Brunswick, as well as an informal adviser to the paper.

“It trains you about deadlines, writing, interpersonal skills and interacting with people in the real world and on campus.”

The very name Targum carries a lot of weight in the industry, says 2004 graduate Hayes, who served as the paper’s university editor and managing editor while in college and is currently on the Board of Trustees, providing her expertise to train a new crop of students.

Her experience at the Targum led to an internship with The Record of North Jersey, working in the Trenton bureau of one of the state’s largest dailies, through a program launched by another Targum alum, Herb Jackson, now Washington correspondent for The Record, NorthJersey.com and the USA Today Network New Jersey.

“It was really hands-on experience,” Hayes says, recalling among other duties covering state Senate and Assembly hearings for a proposed cigarette tax increase in 2003. (It passed.)

The Targum, whose name in Aramaic means “interpretation,” made its first appearance as a four-page publication in 1867. But it was two years later, when it began publishing regularly as a monthly newspaper and literary magazine, that the Targum marked its official beginning, carrying a wide-ranging menu of campus news, poetry, essays and humor.

The paper began printing five days a week in 1956. It gained both financial and legal independence from the university in October 1980; since then, students have funded the Targum directly via a refundable fee on their semester bills.

As typewriters gave way to computers, as camera film morphed into YouTube videos, as print began to yield to online publishing, the paper weathered the same disruptions as the mainstream media – and lived to tell the tale.

“Any newspaper right now that can say it’s been around for 150 years … is cause for celebration,” says Kalita, a former editor-in-chief of the Targum.

Her stint at the paper had “everything to do with everything” in shaping her career, she adds. Kalita wrote her first story for the daily as a first-year history major in the fall of 1994: a lecture about domestic-partner benefits for Rutgers faculty and staff. 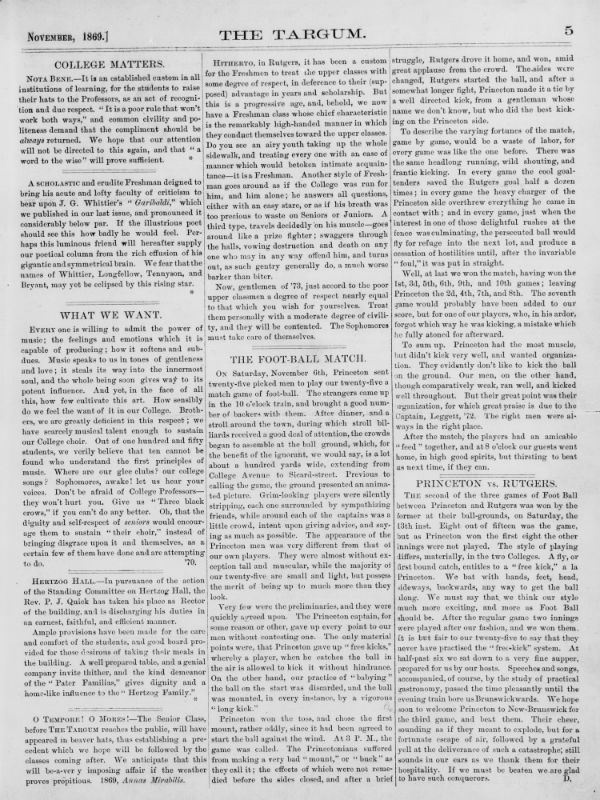 The Targum covered the first college football game between Rutgers and Princeton in 1869 (Photo: Rutgers Special Collections and University Archives)

These days, a staff of about 15 reporters covers campus protests, arguments over free speech versus hate speech, the fight for a higher minimum wage for Garden State workers and the push to register students for the midterm elections, current Editor-in-Chief Khaula Saad notes.

A recent page-one story focused on a letter to U.S. Department of Education Secretary Betsy DeVos that University President Robert L. Barchi signed with counterparts at other universities. In it, the administrators urged continued protection for transgender students in the wake of a leaked memo regarding Title IX policies.

Saad estimates circulation at 10,000 print copies, with an unknown number of students and alumni accessing the paper digitally.

In January, a special edition of the paper will feature an homage to individuals who have played roles in the Targum’s editorial content and production over the decades, with testimonials about how the paper affected their lives, she says.

Targum graduates, a loyal bunch, have created a Facebook page with some 300 members; a similar LinkedIn group boasts 400-plus members.

“I knew by the time I got to high school that I wanted to be a journalist,” says Hayes, who helped organize a recent Targum alumni banquet. “Targum was a way for me to get my foot in the door.” 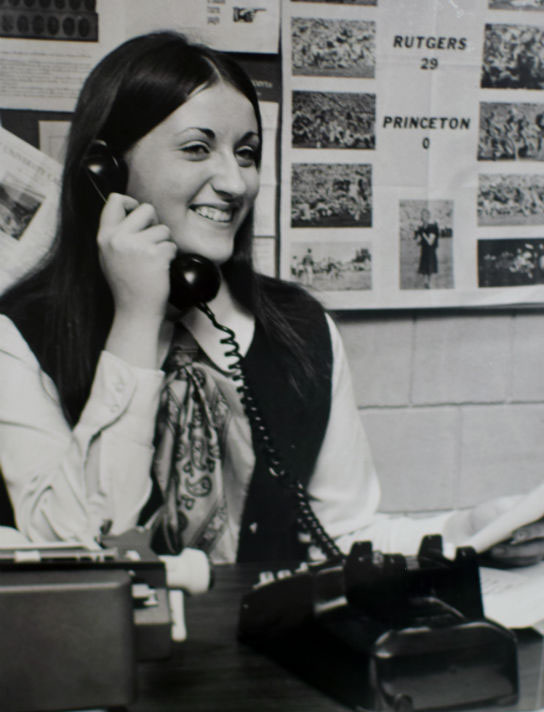 Where are they now?

Here are some former Targum staffers who have gone on to play prominent roles in the world of journalism:

Emily Wax-Thibodeaux, a national staff writer for The Washington Post