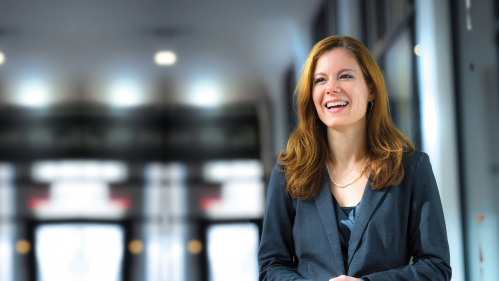 Gay and bisexual men living in Romania are discriminated against and underserved by the nation’s health care system despite the decriminalization of homosexuality 20 years ago and rising rates of HIV infection. “Rampant homophobia keeps gay and bisexual men in hiding—leading to suboptimal testing, unknowing spread of HIV, and underuse of HIV-related medical care,” says Corina Lelutiu-Weinberger, an associate professor and the François- Xavier Bagnoud Endowed Chair at Rutgers School of Nursing. To address the problem in her native country, she and John Pachankis, director of Yale School of Medicine’s LGBTQ Mental Health Initiative, are the principal investigators on a $423,000 grant from the National Institutes of Health (NIH) to stem rising infection rates. The two are already leading a study supported by an NIH grant of $3.8 million that funds a trial to test the effectiveness of a pilot intervention to reduce HIV risk and alcohol abuse while improving mental health among stigmatized men in Romania. For the new project, the researchers are working with a U.S.-Romania team of health care providers and community leaders to introduce pre-exposure prophylaxis (PrEP), a medication that prevents HIV contraction, into Romania’s health care practice. PrEP is not prescribed in Romania, which has the second-highest increase in HIV incidence rate among 15 Central-Eastern European nations. Lelutiu-Weinberger and colleagues are adapting two tools developed in the United States to create PrEP Romania, a program to introduce PrEP and support its adherence. “Romania urgently needs PrEP programs,” says Lelutiu-Weinberger, who has spent seven years studying the issue.