The Future of the Fourth Estate 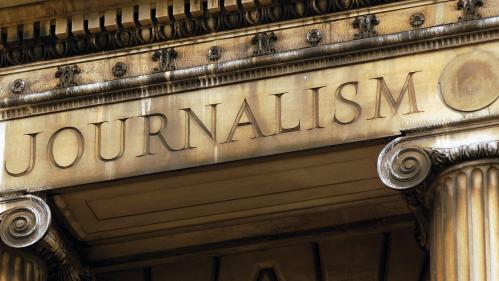 Following the COVID-19 crisis, what will be the nature and role of the news media? We ask three Rutgers experts about the future of journalism.

When the United States finally manages to bring the COVID-19 pandemic under control and returns to a semblance of normalcy, many aspects of American society likely won’t look the same, among them the media in all its myriad manifestations. During the outbreak, the news media has been in high demand, but the very crisis that news outlets were covering dealt a body blow to the economy and threw tens of thousands of journalists out of work. Local news media—reflected  in many newspapers, magazines, and news sites that had gone under in the past two decades or significantly scaled back their productions—were particularly hard hit, and they may never recover. Rutgers Magazine asked three professors of journalism and media studies at the School of Communication and Information at Rutgers University–New Brunswick to assess the future of the media.

David Greenberg is a commentator in the national news media on contemporary politics and public affairs. Caitlin Petre examines the social and material implications of an increasingly data-saturated world, particularly the relationship among digital technologies, expertise, and media industries. Juan D. González, an award-winning broadcast journalist and investigative reporter, is a founder of the National Association of Hispanic Journalists.

RUTGERS MAGAZINE: A recent poll published by the Columbia Journalism Review reveals that the public, across a wide span of demographic groups and ideologies, doesn’t hold the media in especially high regard. Nonetheless, during a pandemic like the COVID-19 outbreak, people rely on it for information. Will the media come to be seen in a more favorable light?

DAVID GREENBERG: We can’t generalize about “the media,” which are not monolithic. When we say “the media,” we might be referring to serious newspapers like the New York Times, tabloids like the New York Post, professional broadcasting outlets like CBS News, partisan or opinion outlets like Rachel Maddow or Rush Limbaugh, and even blogs, internet sites, and social media platforms. People get their news in lots of different ways. Different audiences have different relationships with different news outlets.
CAITLIN PETRE: David makes an important distinction. The public’s trust in legacy news media has taken a beating in recent decades, and I’m not sure this crisis will move the needle one way or the other. I’d predict that people who were distrustful of the professional news media before coronavirus will continue to be so.
JUAN D. GONZÁLEZ: Even before this pandemic, spiraling economic and political polarization in the country had created distinct galaxies of major news organizations, each with their own alternate view of reality and each hurtling away from one another within a wider universe—the Fox News/Sinclair Broadcasting/New York Post/Breitbart galaxy, for example, or the CNN/New York Times/Washington Post group, or The Nation/The Intercept/Common Dreams reality. Given that this divide reflects more profound societal ruptures, I would agree with Caitlin that not much will change in public perceptions of national media after the pandemic, unless those ruptures are addressed. Nonetheless, local media, wherever they manage to survive, are gaining more trust for continuing to provide desperately needed information about the crisis to individual communities that the national media never bother to serve.

RM: In times of national angst, does the public turn to more blue-chip media like the major daily newspapers and network television to receive its news?
DG: It used to be that in a crisis, we would all try to get to a television. Think of the Kennedy assassination or 9/11. In recent years, as people have moved to streaming television and constant internet usage, that has changed. This has allowed some less-reliable news (and even fake news) to get wide circulation. Still, most news outlets—whether an online magazine or Twitter or even the cable shows—are parasitic, relying on a small handful of sources that do original reporting: the key newspapers, wire services like the Associated Press and Reuters, and a few others. Reporting is still the coin of the realm. Opinion is ubiquitous but cheap to produce.

RM: Generally, what grade would you give the media during this crisis?
DG: I give the New York Times—and, from what I can tell, other high-end newspapers like the Washington Post and Wall Street Journal—very high marks. They have mobilized extraordinary resources. The same for NPR. Facebook is a different story. I see even educated people posting stories from junk-news sites like Business Insider, The Hill, Reader Supported News, and Palmer Report—not sources anyone should trust.

CP: I’d give the New York Times a more mixed review than David. Much of the reporting has been fantastic. I’ve read several stories detailing what’s going on in our overrun medical system right now that are exemplary works of journalism. However, I’ve been disappointed by some of the coverage of the political aspects of this crisis. The Times, in particular, has a troubling tendency to engage in “both sides-ism”—treating both sides of an argument as equally valid and worthy of consideration even when one is demonstrably wrong. To their credit, many news organizations, including the New York Times, the Washington Post, New York magazine, and others, have dropped their paywalls for all coronavirus-related stories—which is a powerful and valuable public service.
JDG: The New York Times and Washington Post have done some excellent reporting, as would be expected, given the much larger news staffs they employ compared to other media outlets. Too little news coverage, though, has been devoted to uncovering systemic failures that allowed the coronavirus to overwhelm so many countries.

RM: Have the respected news outlets covered the COVID-19 outbreak in ways that could influence future news coverage?
DG: After 9/11, we were reminded about the importance of keeping up with international news. But that newfound interest didn’t last long. I hope that the pandemic will prod Americans to pay attention to what’s happening around the world, but I suspect that afterward people will return to an indifferent posture. It’s also possible that this could generate interest in understanding science, medicine, and public health—though, again, I suspect the interest will subside when the pandemic is over.
CP: I read a heartening story from the Nieman Journalism Lab recently that cataloged all the ways news organizations are collaborating to cover the pandemic. Hopefully those collaborative practices will persist and take new forms even after the worst of the pandemic has subsided. On a more somber note, the economic fallout from the virus is harming already-struggling news organizations, particularly at the local level. The pandemic is laying bare once again how the advertiser-supported business model for news is fundamentally broken: at a time when people are perhaps more reliant on accurate, timely online news than ever before, journalists are losing their jobs.

JDG: I agree with Caitlin. My fear is  the long-term effect of the COVID-19 outbreak could be the virtual obliteration of local media. Many newspapers, websites, and radio were already languishing in critical condition, but the rapid economic downturn is sending more of them to the grave. In the early weeks of the crisis, roughly 28,000 newsroom employees lost their jobs. Some of the biggest chains, including Lee Enterprises and Gannett, have instituted major layoffs or cuts in employee hours. And some newspapers have ceased print editions altogether. Without local media companies, coverage of town councils, school boards, and municipal development will be eviscerated even more. That’s why key media industry groups and respected voices like Washington Post columnist Margaret Sullivan have called for a federal stimulus plan for the news media. Although the Senate coronavirus bill did include $75 million to aid public radio and television stations, it was far less than sought.

RM: What can be done about it?
DG: Clearly, since the rise of the internet, the advertiser-supported model of print journalism has decimated the business, and in economic downturns, the problem worsens. And there’s a cruel irony that local newspapers are folding just when we need them most. Government-supported news outlets or foundation-funded organizations like ProPublica can play a role, but they can never really replace what we had. And it’s not as if journalism is faring any better in noncapitalist societies! On the contrary, we need independent media more than ever. So, I don’t know a good solution.
JDG: At Rutgers, we are involved with four other public universities in an experimental effort to create a New Jersey Civic Information Consortium: the universities partner with underserved local communities on innovative projects to increase local news and information—very much like a statewide version of the Corporation for Public Broadcasting. The consortium was just beginning to establish itself with an initial $2 million in seed money from the New Jersey legislature when the pandemic struck. The crisis has also decimated state revenues that governor Phil Murphy froze for any new expenditures, including those for the consortium. Still, such new nonprofit approaches to supporting good local  journalism are very much needed. Some, like New York’s The City, an investigative news site; Report for America, a version of the Peace Corps for journalism; or the American Journalism Project, recently launched by Chalkbeat cofounder Elizabeth Green, show great promise. But it remains to be seen whether any can move from the experimental phase to the mass production phase. Until then, the future of local journalism, and thus of local democracy, remains very much in doubt. •