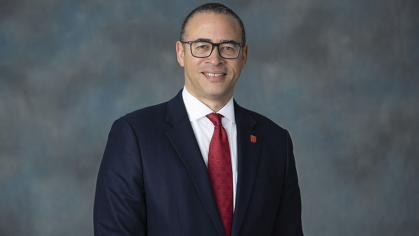 Join Rutgers president Jonathan Holloway for a conversation on how America arrived at this fraught moment in its history.

Holloway, who became the first African American president of Rutgers University on July 1, speaks with Simon Jackman and Charles Edel of the United States Studies Centre.

A replay of the webinar event, which took place June 15, is available here. An audio-only stream is also available.

The United States Studies Centre is a joint venture of the American Australian Association and the University of Sydney, with financial support from the Australian government.