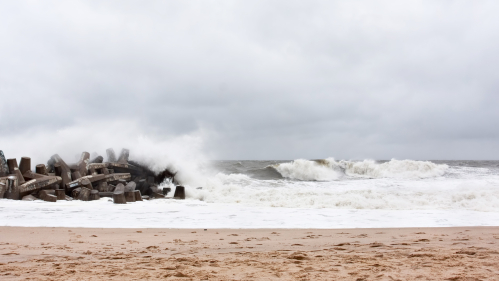 Combating climate change is one of our greatest challenges. Rutgers experts break down the policies, infrastructure changes, social justice reforms and other work that will be necessary to weather the storm.

Sandy caused extreme flooding across our region. In New York City, it was the most extreme high water on record: a 400-year event. That means that, in the absence of future climate change, Sandy’s water level – about 9 feet above the high tide line – would have about a 1-in-400 chance of occurring in a given year.

And that doesn’t take into account that a lot of the flooding in our region isn’t driven by coastal floods, but by intense rains like those that accompanied the remnants of Hurricane Ida last year: rains that have become more intense over the last half century as a result of a warming climate, and that will continue to strengthen into the future.

As we invest in new infrastructure and as we think about the future shape of our communities, it’s critical that we take these changes into account. Last year, New Jersey adopted several adaptation policies, including a requirement that municipal master plan updates account for climate change-related hazards. But effectively doing so requires a well-trained workforce. It’s incumbent on universities like Rutgers to ensure that today’s and tomorrow’s workforces are prepared. We’ve made steps in this direction through initiatives like the Climate Change Risk and Resilience graduate program, but much remains to be done. 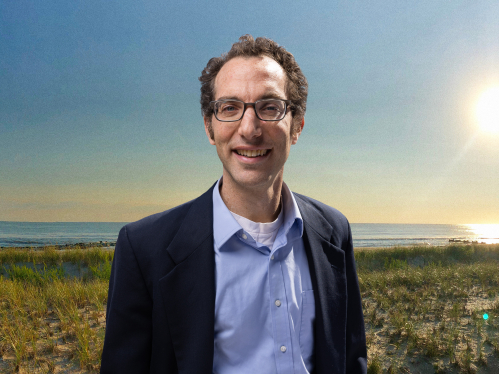 My impressions of Sandy's impacts are shaped by my perspectives as both a scientist and a part-time Jersey shore resident. As I walk around my Ocean County barrier island community, there are still some empty lots where houses stood pre-Sandy. There are large, three-story elevated homes where 800-square-foot bungalows used to exist. Other homes that were seriously flooded by the waters of Barnegat Bay have been renovated without being raised, leaving them equally vulnerable to future storms.

So, Sandy has produced a lot of transformation. Some of the changes may have made our communities more resilient and others have not, but this is the reality of what has been happening. 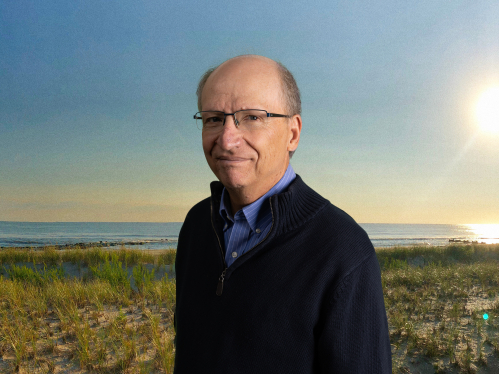 Rebuilding and resiliency responses since Sandy have been highly uneven in coastal New Jersey. In many shore communities, we’ve seen larger, elevated homes replacing more modest one-story bungalows. These new homes are more climate resilient but also typically much less affordable than the homes they’ve replaced. This is sometimes described as a process of “climate gentrification,” whereby climate resiliency efforts are associated with new housing development that bring in higher income homeowners or investors.

In some respects, Sandy “cleared the deck” for a lot of redevelopment in coastal New Jersey. Ensuring that this new development is accessible and affordable is a critical challenge going forward. 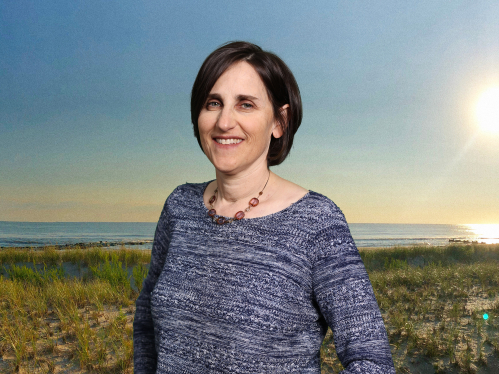 We know New Jerseyans are concerned about climate change and the impacts it will continue to have in our communities. We know preparing for these impacts is not just about coastal storms and coastal flooding as we saw with Sandy, but about more extreme rainfall, increased temperatures, short-term droughts and their concomitant consequences for our residents, our natural and historic resources, Garden State agriculture, infrastructure and our economy.

The big pivot we need to make is to systematically integrate scientific data regarding climate change concerns into planning how and where we design, site structures and infrastructure and where we invest public resources to prevent climate impacts. Over the past decade, we have been developing usable science to provide tools for policy makers, citizens, planners and others to help with that pivot. As scientists at New Jersey’s land grant institution, continually advancing critical information to help New Jersey is in our DNA. 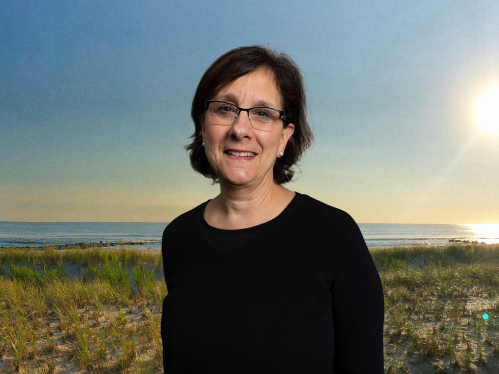 Rutgers led the pursuit of climate solutions after Superstorm Sandy.

As New Jersey’s state climatologist these past three decades, I have observed, analyzed and provided insights to the public, state and federal agencies, the media and others regarding countless weather and climate events. Ten years after ravaging New Jersey, Sandy remains the preeminent event of my tenure. It was a transformative storm with respect to its impacts on natural and built environments, to subsequent changes in forecast and emergency-management procedures and to the psyche of everyone who experienced Sandy. This has led to a greater appreciation of Mother Nature, of the ever-growing vulnerability of communities to storms and to our changing climate. This again was brought to the forefront when Ida’s remnants deluged New Jersey on Sept. 1, 2021.

Despite improvements in weather forecasting, a heightened awareness of what storms may bring and the growth of the Rutgers NJ Weather Network, there remains a need for improved public messaging when the time comes to heed warnings and remain out of harm’s way. Stronger storms than Sandy remain within the realm of possibility. 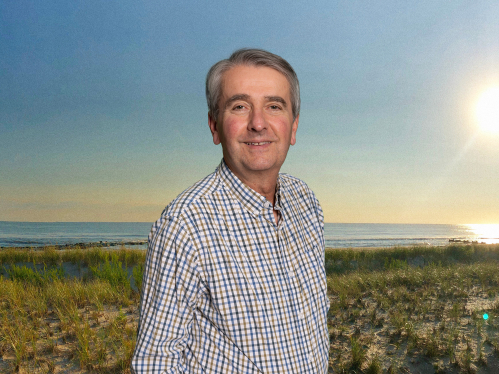 In the 10 years following Superstorm Sandy, our nation has begun to recognize that underlying social inequities – structural racism and discrimination, underinvestment in certain communities, exclusion of marginalized populations from decision-making – result in a reality where risks and opportunities are not equally shared.

Since Superstorm Sandy, we have engaged community leaders to identify climate-resilience strategies that ensure opportunities are directed to people hardest hit by climate change. We hear a consistent response: ensure equitable access to the conditions that allow all of us to lead happy and healthy lives and we will build resilience for generations to come. By fixing underlying social inequities, we can build healthier and more resilient communities for everyone. 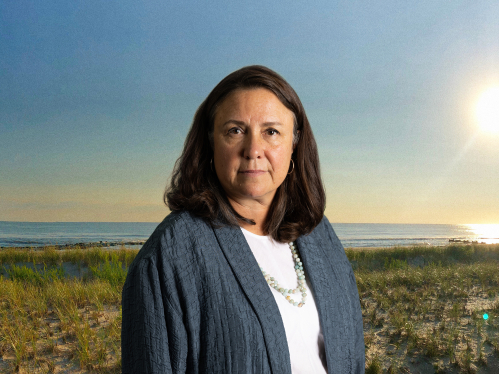 The New Jersey Department of Transportation, NJ Transit and the Port Authority of New York and New Jersey have all worked hard to rebuild and restore damaged infrastructure. They have revisited and changed their policies and procedures to improve preparedness for future storms. All three agencies have made progress to begin adapting infrastructure to address future threats from sea level rise and storm surge flooding.

While significant progress has been made, many projects remain under construction, and some remain several years from completion. Resilience planning and climate action are a long game. We can only hope that the progress we make along the way improves outcomes the next time disaster comes our way. 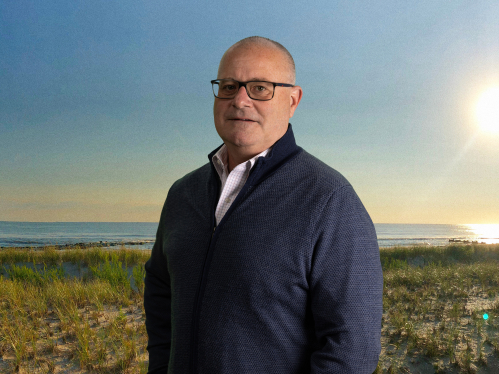 Many deaths that occurred during Superstorm Sandy could have been avoided if people had evacuated ahead of the storm. However, evacuation is no simple task: people with disabilities, pets and limited financial resources, and those without vehicles, all face increased barriers. Emergency plans across New Jersey now more fully accommodate those living in vulnerable situations, but there is more to do.

During Sandy, some people could have evacuated but disregarded evacuation orders. Some wanted to stay to protect their property, while others thought the risks were overblown. Immediately after Sandy, the risks of not evacuating were very salient, but over time memories fade and new residents arrive. Projects like the High Water Mark Initiative in Monmouth County provide visual reminders of past storms. Some coastal communities have developed evacuation zone maps and promoted them through outreach campaigns.

Sandy and subsequent storms have highlighted that while we must increase the resiliency of coastal infrastructure in preparation for future storms, we also must increase our capacity to successfully evacuate coastal populations. 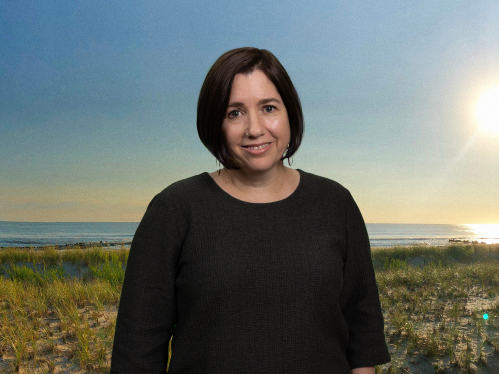