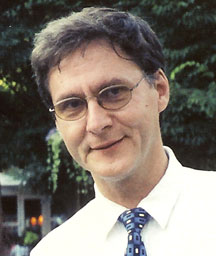 Credit: Courtesy of Rutgers Business School
Andrzej Ruszczynski has figured out a way to pull some teeth from the jaws of risk.

Risk is everywhere. And as the world discovered during the most recent financial crisis, it can deliver a nasty bite.

But Andrzej Ruszczynski has figured out a way to pull some teeth from the jaws of risk. It can still chomp down, but the chances of losing a finger aren’t as high.

In fact, the professor of management science and information systems at Rutgers Business School-Newark and New Brunswick is considered by colleagues to be one of the top researchers in the world on the topic of risk optimization and risk-averse decision making. This summer, he was one of just a handful of scientists to be invited as a speaker at the 20th International Symposium on Mathematical Programming in Chicago.

The practical applications for employing Ruszczynski’s models on dealing with risk extend from the financial industry to medicine to supply chain management – even homeland security. His ideas already are being used with success by a hedge fund in Princeton.

“These are new ideas and the overarching concept is risk,” said Ruszczynski, who has been at Rutgers since 1997. “What you do to control risk, how you model risk and how do you optimize systems when risk matters for you.”

The 58-year-old professor has been working on theories to help better optimize risk for years, collaborating with his wife, Darinka Dentcheva, a professor of mathematical sciences at the Stevens Institute of Technology. Much of the previous thinking on risk and decision making, at least in economics, has focused on giving weights to good and bad outcomes, he said.

Gaining $1 million feels good, but losing $1 million doesn’t feel equally bad – it feels much worse, he said. The problem for economists was being able to know how much weight each outcome deserved in their equations. As it turns out, determining that has been nearly impossible.

Ruszczynski’s work on risk aversion approaches the problem differently, focused on the idea that someone’s tolerance to risk should be spread over the entire spectrum of possible outcomes, not just the average expected result. One of his theories involves the use of a random benchmark that is an acceptable outcome to anchor risk optimization.

A related idea, one involving so-called measures of risk, is helping Preceptor Associates LLC, a hedge fund based in Princeton, make investing decisions. Michael Yang founded the fund three years ago, licensing Ruszczynski’s risk model from Rutgers and Princeton University and then adapting it to real market conditions.

When the financial crisis hit last year, the fund did better than many of its competitors, Ruszczynski said. While Yang said he could not disclose Preceptor’s returns for regulatory reasons, he did say it beat two industry benchmarks “by a significant margin.”

“By alleviating the downside risk, the model was able to construct a portfolio that could weather adverse scenarios where the market would drop suddenly,” Yang said.

Although the professor’s work is just one part of the fund, Yang noted it gave them an advantage over other strategies because it operates according to rules rather than human emotions, which are susceptible to bias.

Ruszczynski’s work also can be applied in medicine and he is collaborating with Michael Ferris, a professor at the University of Wisconsin-Madison, on ways to adapt risk aversion techniques to radiation therapy. The ultimate goal is to produce better treatment plans.

“From a mathematical point of view, these problems are similar,” said Ruszczynski, whose hobby is creating and solving chess problems. “The problem of finding a portfolio that dominates Standard & Poor’s is mathematically similar to the problem of designing radiation therapy that meets the requirement of the doctor.”

Ferris described Ruszczynski as “a leader in the field of stochastic optimization” and said “his work has had tremendous impact in that discipline.” As for their joint work on applying Ruszczynski’s tools to planning patient treatment, Ferris said, “I strongly believe it will have a significant impact in the near future, but that is still to be determined.”

While medicine and finance are two obvious fields where Ruszczynski’s work may have an impact, he said he thinks it also will become commonplace in supply chain management in the retail industry and elsewhere, such as the military. He said his work even has uses in helping protect against people trying to smuggle nuclear materials (or drugs) into the country by assessing the risk across various entry points.

But in the end, even his work can only go so far.

“This is about making the best decision in uncertain situations, situations where you don’t know the result of your decision,” he said. “You have to live with the risk.”