How to Stop the Next Pandemic Before It Starts 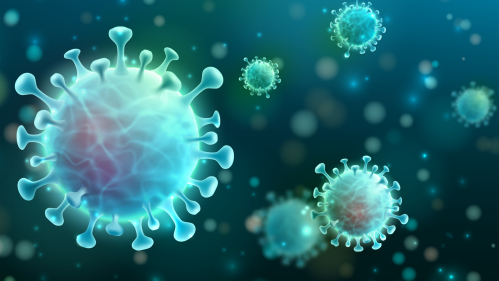 The National Institute of Allergy and Infectious Diseases (NIAID) has earmarked $600 million to stop future pandemics before they start – and up to $3.8 million of that will go to a team led by Rutgers researcher Eddy Arnold.

The plan is simple: Identify viruses with the potential to drive future pandemics and develop treatments for them now. To do this, hundreds of researchers from dozens of institutions are collaborating on cutting-edge science.

Arnold, a resident faculty member at the Center for Advanced Biotechnology and Medicine (CABM), and his colleague Martin Blaser, the director of CABM, sat down with Rutgers Today to explain the overall effort and how Rutgers will contribute.

What viruses will this effort be targeting?

Arnold: There are dozens. The better-known ones include coronaviruses like SARS and COVID-19, along with viruses from different families such as dengue fever, West Nile, eastern equine encephalitis, Zika, Lassa fever and Ebola. The reason that we're concentrating on these is that they have already caused deadly outbreaks. Some of these viruses can kill half of the people they infect.

What’s the strategy for developing treatments?

Blaser: In general terms that will make extremely difficult tasks sound easy, first, you learn which component parts make up a virus, what shapes they assume and how they perform all the actions the virus needs to function. You do this to find “targets,” places where a chemical agent could bind with the virus, block some key function, and kill the virus – without doing the same things to healthy cells in the patient.

How do we know what parts of the virus may be good targets?

Blaser: This work started with the fight against HIV, where we learned which critical virus proteins could be effectively targeted. A key player in that work was Dr. Arnold, who was involved in the creation of some of the most important drugs against HIV. When coronaviruses came around, Dr. Arnold and others looked at parallel targets, which is one of the reasons we found or developed anti-COVID drugs so quickly. It probably makes sense to go after related targets on other viruses moving forward. Science builds on past discoveries, and we’re lucky to have Dr. Arnold leading these efforts here at Rutgers.

Where does Rutgers fit into the effort?

Arnold: My research group is focusing on the machinery that copies the genetic material called ribonucleic acid (RNA), either to make new proteins or to multiply the RNA itself. We are looking at exactly how that machinery is structured and how it works in the viruses we study. We will team up with partners at the University of North Carolina at Chapel Hill and the University of California, San Francisco to design novel agents to attack the targets we have identified. Overall, the National Institutes for Health-supported antiviral drug development program is building on the synergies generated by joining the complementary skills of investigators from multiple universities and pharmaceutical companies; it is an international effort! We are very pleased to be participating in this pioneering effort.