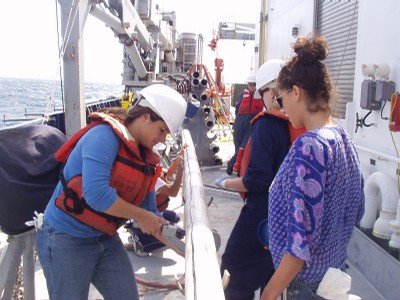 People often talk about greenhouse gases and their effect on the earth's climate as if those effects were new. But greenhouse gases have been around for hundreds of millennia, playing a key role in the start of the ice ages in the Northern Hemisphere 2.72 million years ago. Yair Rosenthal, a professor of marine science in the Institute of Marine and Coastal Sciences, and Sindia Sosdian, Rosenthal's former student and now a postdoctoral scholar at The Australian National University, have established a 3.2 million-year temperature record from the deep ocean that makes that influence clear. They also discovered that, beginning about 900,000 years ago, the nature of the ice sheets themselves made ice ages longer and colder. Their findings were published in a recent edition of Science.

Sosdian and Rosenthal demonstrated that progressive cooling of the deep North Atlantic by about 2 degrees Celsius helped bring on the initial Northern Hemisphere ice ages 2.7 million years ago. They also concluded that the way ice sheets grew and shrank influenced the length and intensity of ice ages. Read more about how they came to these conclusions.

The large continental, Northern Hemisphere ice sheets formed on top of relatively loose sediments during what geologists call the Pliocene-Pleistocene Epoch, before 900,000 years ago. These sediments, saturated with meltwater, made the ice sheets resting on them unstable and unable to grow to great heights. About 900,000 years ago, at the middle of the Pleistocene Epoch, successive ice ages had worn away so much sediment that ice sheets were forming on bare bedrock because so much sediment had worn away. The bedrock was very stable, and the ice sheets were able to grow much thicker. The tall ice sheets were able to survive through relatively warm periods between ice ages, and because the ice sheets didn’t decay as quickly, ice ages became longer. 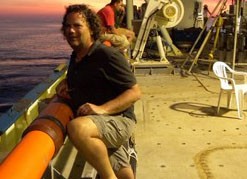 Ice ages typically wax and wane, Rosenthal explained. In the late Pleiocene, the Northern Hemisphere cycled in and out of ice ages every 40,000 years or so. But about 900,000 years ago, the cycle extended to 100,000 years.

"Scientists used to argue about whether those transitional enhancements were associated with major cooling, and if so, why?” Rosenthal said. “But before you had a temperature record, you couldn't really tell. We know now that each of these transitions is associated with a potential cooling of the planet."

Sosdian added that, "We now also know that, although the beginning of ice ages (in the Northern Hemisphere) is linked to greenhouse gases, the change in intensity is related to how ice sheets grow and decay."